I don't "blog" anymore, but sometimes it becomes necessary, for example, when I think about something I "blogged" in 2007. That's when Dr. Theresa and I were so surprised to see wild turkeys standing by the side of the road, which resulted in everyone we knew chiming in to tell us how boring and common it was to see wild turkeys everywhere all the time. On Monday, August 23, 2021, as we made our way out of our neighborhood, conveyed by an automobile of which Dr. Theresa was in command as she kindly shepherded me to a doctor's appointment, we observed five wild turkeys standing by the side of the road.
Posted by Jack Pendarvis at 8:12 AM 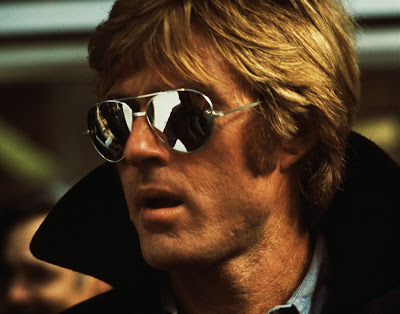 Tom Stoppard, as we learn from this biography of him, wrote many letters to the object of his unrequited love, in some of which he playfully referred to her and himself as "the Owl and the Cat." The author of the biography does not specify which was the owl and which the cat, nor is any mention made of the possible influence of Edward Lear on Stoppard's whimsical entreaties. The one thing we know for sure is that this biography of Tom Stoppard is a book with an owl in it. As long as you are here, I think I should tell you about some developments. Do you remember when I rewatched the film EVERY WHICH WAY BUT LOOSE and took note that Mel Tillis sang "sexy smile and Robert Redford hair" in the chorus of "Coca Cola Cowboy," rather than the song's actual lyrics, "Eastwood smile and Robert Redford hair," possibly out of deference to the film's star Clint Eastwood? Why, of course you do. Well! According to wikipedia, the lyric in the movie is "sexist smile and Robert Redford hair." I have done nothing to either refute or confirm wikipedia's claim, but it doesn't make any sense at all. Why would Robert Redford's luxurious, shining locks, which are famously attached to a head encasing a left-leaning brain, be associated lyrically with sexism? Furthermore, the eponymous "Coca Cola Cowboy," one would imagine, drinks Coca Cola, in contrast with the rotgut favored by "authentic" cowboys in disreputable saloons, whom one pictures harrassing barmaids and whooping it up in a sexist fashion. Therefore, the "Coca Cola Cowboy," I would argue, whatever he harbors in his heart, presents a smooth and shallow front, all empty calories and fizz, his immaculate, gleaming teeth as well-tended as his much-brushed coiffure, and is less likely to reveal a "sexist smile" than the fictionalized version of a cowboy to whom he is presented as a contrast. Having done no investigation whatsoever into the matter, I would like to state that I am right and wikipedia is wrong. But in the interest of justice, I couldn't keep the existence of wikipedia's questionable interpretation to myself.
Posted by Jack Pendarvis at 6:55 AM

Reading a biography of Tom Stoppard. Little Tom Stoppard is wearing a red beret at a boarding school called Pocklington, where the school newspaper is called The Pocklingtonian. Have you ever heard of anything so cute? (See also.)
Posted by Jack Pendarvis at 5:00 AM

Here's half a sentence from that book about Wagner: "The Parisian aesthete Robert de Montesquiou, in his book-length poem THE BATS..." Stop right there! That's all I need from a sentence. No need to continue. Although the end of the paragraph has another treat in store: "Montesquiou had a pet bat whom he considered the reincarnation of Ludwig." That's King Ludwig II of Bavaria to you!
Posted by Jack Pendarvis at 7:18 AM

As you know, I don't "blog" anymore, but sometimes I am compelled... for example, if I need to issue a correction or clarification about something previously "blogged." Like, I just watched EVERY WHICH WAY BUT LOOSE again, and I was right when I said that Mel Tillis performs "Coca-Cola Cowboy" in it - the chorus of which mentions the film's star Clint Eastwood by name, theoretically causing the universe to fold in upon itself! How can Clint Eastwood, the actor, exist in a world alongside this character in the movie, who is clearly Clint Eastwood in every way, aside from his name? Upon this viewing, however, I noted, in the one time I found the line completely audible, that Tillis changes the part about the eponymous cowboy's "Eastwood smile," singing, in its place, "sexy smile." The word "Eastwood" is replaced with the word "sexy"! Now, this brings several things to mind. To name but a few, in the original song, "Eastwood smile" is something of an insult, it might be argued, denoting, perhaps, a kind of Hollywood phoniness. So that really makes you think. It also brings up the question as to whom decided that "sexy" was the proper synonym for "Eastwood." (One notes here that Eastwood's production company was responsible for the film.) Furthermore, is Clint Eastwood known primarily for his smile? I would argue that he is not. Perhaps we have been over some of this before. In conclusion, I don't know if "sexy" replaced "Eastwood" every single time. Based on the relative frequency of my previous viewings of EVERY WHICH WAY BUT LOOSE, I promise to pay more attention next time I watch it, in 2027. See you then!
Posted by Jack Pendarvis at 10:03 AM