The Highest Form of Praise

"Creating gachapon for adults is all about devoting yourself to making something that’s worthless," he said. "'This is ridiculous' is the highest form of praise." That's from a New York Times article I just read about vending machine toys. And you know how I'm always getting inspired. Nothing comes of it, but it's nice to sit around thinking you are inspired. So that goes on my list of famous phrases. Collect them all! The first sentence of the article isn't so bad either: "Yoshiaki Yamanishi set out to create the most boring toy imaginable." That one is not going on my special list, but it is filled with the promise of inspiration to come.
Posted by Jack Pendarvis at 8:16 AM

As is his God-given right, nay, his responsibility, McNeil was "clicking" around on his birthday tribute the other day, when he came upon a "post" in which I reported some of his research into the subject of the Pitcairn Islands, including a "link" that McNeil had provided as a source for more information. McNeil took time from his natal celebrations to alert me that the "link" no longer works. Or, to be more precise, it works, but it leads to no information about the Pitcairn Islands. Instead, curious readers will be led to an article about "Pixie Haircuts for Older Women." As I sat there thinking about it, the realization occurred to me, with a growing sense of dread and regret, that the "blog" has been going for more than 15 years. And yes, I had noticed from time to time that some of the old "links" have become quite, quite deceased, and some of those that are not deceased have long been taken over by other entities. Zombie "links," perhaps we may call them. Then I thought to myself, "Jack," I thought, "you need to go back and check every 'link,' and if it has been compromised, you need to redirect it to the very explanation of which you are contemplating the composition," in other words, dear "blog" reader, the paragraph you are enjoying right now. "That should occupy your mind and distract you from encroaching despair," I told myself.
Posted by Jack Pendarvis at 10:07 AM 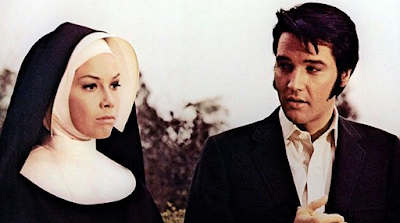 Back before I stopped "blogging," I would use this space, among other things, to collect many quotations that felt creatively helpful to me... a commonplace book, of sorts... once I even printed them all out and handed them to a classroom full of bewildered students, back when I had students. A few examples spring to mind, like Sun Ra's advice (I'll paraphrase) to eat peach pie every day, and one day you'll discover that it tastes like something other than peach pie. Or the Maine antiques dealer who said, "I think I'm becoming more and more attracted to things that aren't worth anything." There were many, many more, now scattered to the winds. Well, I still run across helpful thoughts, but I have no place to put them. Like, there was a New York Times article about a plant that lives for a thousand years, and a scientist was quoted as saying, "From weird things, you discover weird things that help you understand things that you didn’t know you didn’t understand." I jotted that in a manuscript I had started in which the protagonist tells the stories of the knights of the round table to his cats. Yeah, I got about two paragraphs into that one before stopping. And just yesterday, I was reading another celebrity biography, as part of my continuing program of adult education with Megan Abbott. It's a Lee Grant memoir, which came highly recommended by Bill Boyle. Anyway, Martha Graham just told Lee Grant, "Ugly is better than pretty!" Exclamation point original to the text.
Posted by Jack Pendarvis at 8:33 AM