"... it is so easy to confess to a beautiful mistake!" - POSTHUMOUS MEMOIRS OF BRAS CUBAS, by Joaquim Maria Machado de Assis, translated by Margaret Jull Costa and Robin Patterson. Also: "It was an old streetlamp, sad, dark, and curved like a question mark."
Posted by Jack Pendarvis at 7:32 AM

In a recent email, McNeil was trying to think of a movie he had seen. It had fence posts in it. "I remember fence posts. There were great fence posts," he wrote.
Posted by Jack Pendarvis at 9:26 AM

The Year In Review: A Special Report

Well, you know, it was a pretty big year in a lot of ways. Back on March 7, I was happy as a clam, just counting up how many wienies they were roasting in BEACH BLANKET BINGO without a care in the world. By April 3, I was forced to admit we were living in what I called, in my own colorful phrase, "strange modern times." Nothing else happened until May 11, when I learned that "Idaho" doesn't mean anything, it's just a word some weirdo made up out of nothing so everyone would like him. In somewhat related news, I wondered what the actual definition of a weed was for two months before making any effort to find out. So that took up a good portion of the year. I enjoyed all the time I spent sitting in a chair, idly wondering what a weed was. My friend McNeil had a dream about Dean Martin and fishing poles and "long fluorescent light bulbs" being put into his mouth so make of that what you will. Maybe the drugstore pulled a fast one on us, but we still love them. What choice do we have? That's life for you in this wonderful, blunderful, thrill-a-minute year with a surprise around every corner.
Posted by Jack Pendarvis at 11:36 AM

You know how we're having this pandemic we're having? So now we order things from the drugstore and they deliver them. Like, the other day Dr. Theresa ordered, among other items, a pair of "small scissors." So they sent over some tweezers that cost $35! Some kind of everlasting tweezers, according to the packaging material... coated in titanium! And shining with a golden sheen. Dr. Theresa was pretty surprised by that $35 price tag when she saw it! It reminded me of when I accidentally bought an expensive brush that time, remember that? Only I did it in person, and this was sneakier. Did the drugstore think, "She needs some small scissors... she probably means these $35 tweezers, which are not scissors, but will last forever"? I feel confident it was an honest mistake! But that's not why I brought you here. I wanted you to know that the brand name is Tweezerman. Tweezerman!
Posted by Jack Pendarvis at 5:28 AM

Ghosts Are Dancing In Space 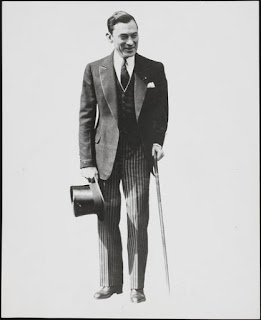 "Eugenia smiled, her eyes sparkling, as if a small butterfly with golden wings and diamond eyes were flying around inside her head..." That's my kind of writing! It's from POSTHUMOUS MEMOIRS OF BRAS CUBAS, by Machado de Assis, translated by Margaret Jull Costa and Robin Patterson. I have no other place to note it, so I note it here. As long as I'm here, I could tell you about a little email exchange that McNeil and I had recently. I told McNeil about BLESSED EVENT, a movie from 1932, which, I noticed while watching it recently, contains a passing allusion to television. A character ponders whether Dick Powell's sex appeal will translate to television, and another character makes a joke, which I paraphrase here: "Sex over the televison? It'll never catch on!" And I was filled with astonishment, as I often am, for no good reason. I was astonished, specifically, that the audience for BLESSED EVENT in 1932 would have been expected to know what television was. Well, right away, McNeil found a wikipedia page for a 1932 televison series called THE TELEVISION GHOST, which was just a guy dressed as a ghost for 15 minutes a week, telling you a story about how he got murdered. It seems to be legit, and of course I trust McNeil, but I could find scant secondary sources supporting its existence. When I checked the New York Times archives for "Television Ghost," I found that the august institution never saw fit to report on it. The combo of words did bring up articles with interesting headlines from the appropriate time period: WIZARD SCIENCE IS ANNIHILATING SPACE (that one had the subhead "Airplane, Televisor, and Radiophone are Signs of Wonders Yet to Come") and HOW TO EXPLAIN THE UNIVERSE? SCIENCE IN A QUANDARY and RADIO IMAGES AND 'GHOSTS' ARE DANCING IN SPACE. When I looked up the broadcaster of THE TELEVISION GHOST (the station W2XAB) I did find reviews for some of their contemporaneous programming, such as when Mayor Jimmy Walker (pictured, above) literally (I think) lifted a curtain from the "sensitive photoelectric cells, or radio 'eyes,'" to reveal George Gershwin playing the piano, among other entertainments. Anyway, then McNeil sent me an article about a machine they have over there in China that heats itself up to ten times hotter than the sun. What could go wrong? The next day or so, McNeil and I ended up in a lenghty, discursive disagreement (?) about Bogart and Bacall's house keys, and what hidden meaning we could draw from a photo we saw of them. When asked whether it was our most pointless discussion to date, McNeil announced his intention to "crunch the numbers" on that.
Posted by Jack Pendarvis at 11:00 AM

Welcome back to McNeilileaks, where I exclusively leak the contents of my friend McNeil's emails! It seems we haven't done one of these since the beginning of the pandemic, when McNeil was thinking about inventing powdered meat. I wonder how the intervening months have changed him! Let's take a look. "I think I ate too much condensed milk," McNeil says. It is the entirety of an email entitled "Yuck."
Posted by Jack Pendarvis at 9:42 AM