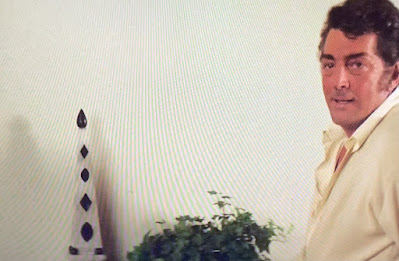 Well, I dreamed that I was pushing my own coffin down the road over a bridge to the graveyard, where a hole had been dug already, so I got up and watched MR. RICCO, which I had recorded off of TCM. Now, yes, it is true, I can't deny it, McNeil had emailed to tell me that MR. RICCO was coming on, but I had already set it to record by the time the email arrived. As you know, if there is one thing McNeil likes more than Dean Martin, it is obelisks. As pictured above, MR. RICCO has both. Moreover, it is the SAME obelisk from BOYS' NIGHT OUT, DON'T MAKE WAVES, and AGENTS OF SHIELD ("click" for more information).
Posted by Jack Pendarvis at 12:01 AM

Well, this manuscript has an owl in it, but I can't tell you about it until I have ascertained that the owl has been properly ushered through the entire publication process.
Posted by Jack Pendarvis at 9:30 AM

To quote TWIN PEAKS, "It is happening again." The last time it happened was 2015. Today, I started hearing a maddening Poe-like tapping noise, the source of which eluded me, until I finally figured out it was the solar-powered frog sitting on a toilet, a cursed figurine first presented to our household by Ace Atkins in 2013. God, it seems so much longer! When will I finally learn that when something is freaking me out it is probably just this frog sitting on a toilet? Over the years, I have moved it farther and farther away from my workspace, so... is the tapping getting... louder? That is a terrifying question for another time. Ironically, the mysterious cadence of the toilet frog's bobbing head distracted me from reading Ace's latest manuscript.
Posted by Jack Pendarvis at 10:26 AM

The other night, Dr. Theresa and I were watching the recent movie THE MENU, and I thought, hmm, there's something I need to "blog" about but I can't figure out what it is. So, last night, I arose from a slumberless bed and turned on the TV and THE MENU was playing again, and I saw the actor Nicholas Hoult cutting up some leeks. That's when I knew! ALMOST EXACTLY TEN YEARS AGO, I made a nonsensical joke about Nicholas Hoult washing some leeks! Now, it would have really been something had I made a nonsensical joke ten years ago about Nicholas Hoult cutting up some leeks, but no, I had him washing them. Also, "almost exactly ten years ago" may be an exaggeration. It was February 28, 2013, so is "almost exactly" the phrase I should have used? Today is January 14, and 14 is half of 28 if you're into thinking about things like that. What a world!
Posted by Jack Pendarvis at 8:36 AM 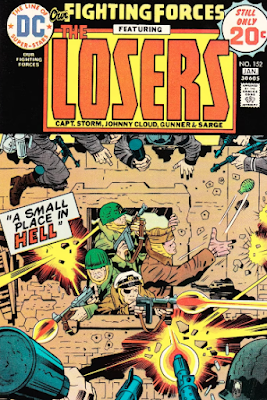 Yesterday, Julia texted to ask if I had read FAIR PLAY by Tove Jansson, which Julia said reminded her of SWEET BANANAS. I had read no Tove Jansson at all, though she often came up in ADVENTURE TIME meetings. Here's the thing! Yes, here's the kind of astonishing coincidence you pay me the big bucks to notice. I had just plucked a book by Tove Jansson off the shelf the day before! It was one recommended by both Jimmy and Bill, I'm pretty sure: THE SUMMER BOOK. I read a few pages after receiving Julia's text, and came straight away to "a tiny owl. It was sitting on a branch, silhouetted against the evening sky. No one had ever seen an owl on the island before." It upsets me to think that some of you may not remember how every book I read has an owl in it. In non-owl matters, I was tempted to "blog" yesterday, when McNeil told me about some comic books he had found, detailing the exploits of a group of soldiers called "The Losers." He wondered whether the comics were from the 1940s, then mentioned the cover price of 20 cents, which set my old brain a-chiming! Twenty cents is what I paid for a comic book in the early 70s, I helpfully informed McNeil. I remembered when the price began to have a seemingly cheerful sunburst around it, along with the ominous (if you thought about it) slogan, "STILL ONLY TWENTY CENTS!" (see above). Soon enough, comic books would cost you a cool quarter apiece! Two bits! In the parlance of our goodly ancestors. It was well before comics went up to 30 cents that I eased myself from the coarse habit of haunting the spinning rack at Schambeau's grocery store or Red's Drugs, two now-defunct institutions of Bayou La Batre, Alabama. So I must have stopped reading comics by late 1976, if the internet is to be believed. Yes, I am proud to say I never stooped to buying a 30-cent comic book. This is the kind of stuff I almost "blogged" about yesterday. According to McNeil, one of "The Losers" (I want to say his name was Johnny Cloud - yes! There it is, printed on the cover) purposely destroyed his plane after every mission! It seems wasteful, and maybe I don't have the facts right. I was never into the war comics. As I think we can all agree, I was such a special little man.
Posted by Jack Pendarvis at 8:32 AM

Yesterday, while Dr. Theresa was out doing some errands, I watched MADADAYO, Kurosawa's final movie, a surprisingly (and gratifyingly) lengthy portion of which was taken up with the protagonist looking for his lost cat. During that section, the shamisen was mentioned a few times, as something - and I hate to say this - made partly from cats, and the man and his wife and all his friends were hoping that no one had made a shamisen out of his cat. I confess that in my ignorance, I did not know what a shamisen was, nor, in my obstinance, did I look it up. Okay! The next thing you need to know is that Dr. Theresa routinely dismissed the show GILMORE GIRLS when it was on the air. "Too girly," she said on more than one occasion as I sat there watching it. But somehow or another, she recently got the idea to give it another try. Maybe she's mellowing out! So, when she got home, we watched an episode in which a kitten appeared. "Is something going to happen to the kitten?" Dr. Theresa asked (something happened to a cat several episodes earlier). "I don't think so!" I said, reminding her, however, that it has been many years since I watched the series, and I did not remember every detail. Or any detail. Or anything. So check this out! The kitten got lost! Just like the cat in MADADAYO. Please do not concern youself: the matter was swiftly and successfully resolved by the eponymous Gilmore Girls. Later, of course, Dr. Theresa and I retired for the evening. As we often do, we set the bedroom TV to Frasier, whose soothing tones have lulled us into a peaceful slumber on many a winter's night. He's a human white-noise machine! We half-listened to two episodes. In the first, Frasier's radio listeners called in to describe their lost cats, much to Frasier's displeasure! Ha ha, that's not what Frasier's radio show is about, or so Frasier seemed to muse as he fumed. But he grudgingly let them describe their lost cats. This, you will note, was the third bit of entertainment I had consumed in one day concerning lost cats. Okay. Get ready. Here comes the kicker! Now, in the next, entirely different episode of Frasier, having nothing to do with cats, he mentions, of all things (are you sitting down?), the shamisen! His less educated friends, much like myself, don't know what a shamisen is, so Frasier somewhat smugly explains that it is "a kind of Japanese guitar." I did not have to look up the shamisen. It came to me. And with that, the circle of the day was complete. Well, I did have to look it up, because I didn't entirely trust Frasier, and you, by doing your own research, may judge in what ways the shamisen resembles a guitar, and in what ways it does not. The preceding has been adapted freely from an email I sent to McNeil.
Posted by Jack Pendarvis at 7:02 AM

There is no doubt at all that the biggest news story of the year was my Spotify playlist "Hot Songs for Crybabies." Leaving that aside, it is time for us to consider the 10 greatest things that happened in 2022. I can tell nothing else great is going to happen before January. So let's go with the big countdown! 10. I looked out of a window with Sarah Lloyd and we saw a dog pooping. 9. Tom Franklin coughed up a live gnat. 8. Discovery of a half-smoked pack of cigarettes. 7. A brief interest in wombats. 6. I quit social media like some kind of fricking egghead who thinks he's a real big shot now and better than everybody else. 5. Announcement of an international consortium to figure out what kind of sandwiches the kids were eating in FANNY AND ALEXANDER. I guess that's six things. I guess only six great things happened in 2022, and despite the cagey phrasing, the sandwich talk most likely occurred in December, 2021. So maybe only five great things happened.
Posted by Jack Pendarvis at 6:59 AM