Something of the Young 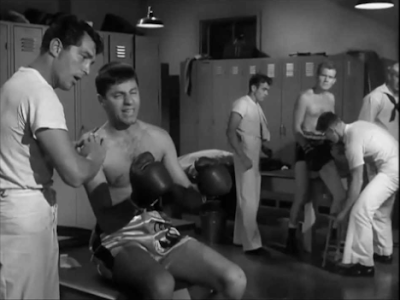 I was remarking to Megan Abbott that James Dean's performance in EAST OF EDEN really had something of the young Jerry Lewis in it, and Megan told me that James Dean actually worked with Jerry in SAILOR BEWARE (as seen above; that's James Dean nearest to Jerry in the background). James Dean's one line in the movie is "He's a professional!" And it's about Jerry Lewis. But as you know, I don't "blog" anymore, and the former facts are not enough to get me temporarily "blogging." But! I watched SAILOR BEWARE today and there is a scene in which Dean Martin is smooching with Betty Hutton and Jerry intervenes, volunteering to trade places with Betty Hutton! And here we are. I have mentioned before ("click" here) that the supposed subtext between Dean and Jerry is not subtext at all, but plain, simple text. And this confirmation is reason enough to "blog," I think. As long as I have you here, I think I will mention that I watched CONTEMPT tonight. Jack Palance's character is named Jerry, and I couldn't help wondering whether Godard had Jerry Lewis in mind. He always has Jerry Lewis in mind! And I could imagine the character "Jerry" played by Jerry with some of the imposing menace he displayed in THE KING OF COMEDY. But! When Jack Palance throws a film can like it's a discus, with such startling physicality, well! I've never said this before, but Jerry couldn't have done it better. I do believe Godard might have had Jerry in mind, though, because he certainly had Dean in mind: Michel Piccoli's character explicitly idolizes Dean Martin, and wears a hat, he says, to look like him:

If I were still "blogging" I would mention that Dr. Theresa and I could not agree tonight at which theater in Atlanta we saw CONTEMPT on the big screen. We did agree that we saw it with our friend Heather, with whom I used to be in a band. But I'm not "blogging" anymore, so that kind of thing is immaterial. I do realize that I can't stop thinking of Jerry in movies he is not in (EAST OF EDEN, CONTEMPT), and that probably means there is something seriously wrong with me. CONTEMPT ends with the word "Silencio!" which put me in mind of MULHOLLAND DR., which put me in mind of Jerry Lewis. Please send help.
Posted by Jack Pendarvis at 7:37 PM

Welcome once again to "McNeilileaks," where I publish the shocking private contents of my friend McNeil's emails. McNeil writes: "If you're so convinced every book will have an owl (or owl reference) in it, you should stand outside a bookstore with a $100 bill and bet exiting customers your hundred to their $20 that the book they just bought has an owl in it. And odds are you win yourself twenty bucks! A good hustle." I'm with McNeil on this one.
Posted by Jack Pendarvis at 7:00 AM 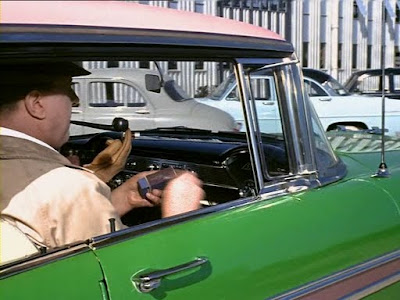 Remember my nonfiction book about cigarette lighters? Neither do I. Unfortunately, I keep being reminded of it. I just rewatched Tati's MON ONCLE. When the wind keeps blowing out Tati's matches he tosses each useless match out the window of his brother-in-law's car. Then his brother-in-law hands him the car's electric cigarette lighter. Tati uses it to light his pipe and then nonchalantly tosses it out the window. See, I know just where this should have gone in my cigarette lighter book. But it came out in January 2016, so I guess I'm screwed. It would have been interesting to contrast Tati's innocent tossing of the cigarette lighter with the bitter way (recounted in the book) John Belushi and Hal Needham toss cigarette lighters out of car windows. No it wouldn't have been.
Posted by Jack Pendarvis at 9:07 AM

It behooves me to remind you from time to time that although I am not "blogging" anymore I do continue to update the big, long list I keep of books I read that have owls in them, because every book I read seems to end up having an owl in it. Furthermore, I should remind you of my startlingly accurate prediction that owl eyes, specifically, were shaping up to be the hot trend of 2018. And so we come to FINAL CUT, a book about the making of the movie HEAVEN'S GATE, which Megan and I are reading in our never-ending cavalcade of show biz tell-alls. You will be glad to hear that an executive is described as having "owllike eyes," and not only that, these owllike eyes are "swiveling... behind his huge spectacles, glinting in the early-morning sunlight like windshields." And while you might think that conceit is a little jumbled, please do not forget the "suicidal owl" in the Charles Portis novel NORWOOD, which crashes into the windshield of a bus. In conclusion, this gives me permission to remind everyone that the rollerskating scene (my favorite!) in HEAVEN'S GATE inspired Jake's blissful viola-playing-while-rollerskating scene in ADVENTURE TIME.

Posted by Jack Pendarvis at 7:11 AM 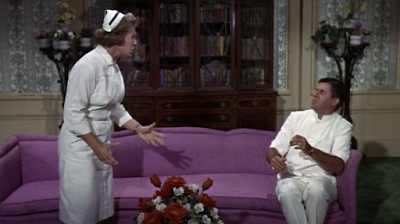 I don't "blog" anymore but I was watching THE DISORDERLY ORDERLY and saw what I think is the same green carpet that McNeil claims Jerry Lewis put in THE PATSY and reused some decades later in CRACKING UP. Or you know what? It may be some other green carpet. But I do know I've seen Jerry wearing the same bathrobe in two different movies for a fact. Hey! You can't even really see the carpet in this shot. There's a shadow obscuring it. Now you know why I don't "blog" anymore.
Posted by Jack Pendarvis at 3:33 AM

I know what you're thinking. You're thinking I haven't "blogged" about GREEN ACRES since December 31 nor LITTLE DORRIT (which I'm sure has an owl in it: it has everything else in it) since December 8. That's right, I've stalled on both for a number of reasons, including an email from McNeil about ghosts and time travel. Never mind why, but that email reminded me of a novel by Daphne Du Maurier that my mother recommended to me about 40 years ago but I forgot to read it. So now I'm finally reading THE HOUSE ON THE STRAND and I just got to a part where a 14th-century monk imitates an owl.
Posted by Jack Pendarvis at 6:58 AM