As was bound to happen sooner or later, Megan and I have reached the Ethel Merman portion of our celebrity bio marathon. There is an owl in every book, of course, but in this case it appears almost immediately, in the form of "The Owl," a high-school magazine for which young Ethel serves as the literary editor. In the very next paragraph, while running through a short list of Ethel's likes and dislikes, the author mentions that she doesn't care for reading: "picking up a novel, even a newspaper, just made her sleepy." Huh! The contradiction remains unaddressed, if it is a contradiction. It is probably not a contradiction.
Posted by Jack Pendarvis at 10:30 AM

I've been reading Ovid as promised, and I guess my favorite part so far is when we get a list of some of Actaeon's dogs' names, 24 of them by my count. The poet appends, "And others it would take too long to mention." So 24 dog names is where you draw the line? Come on, Ovid!
Posted by Jack Pendarvis at 8:14 AM 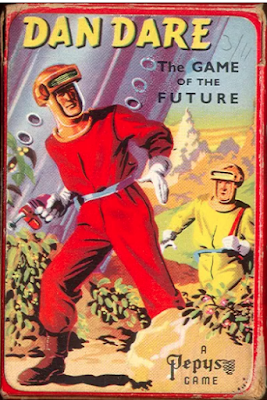 Well, I visited my parents. One thing I did was order chicken and oyster gumbo from the Lighthouse, a restaurant where I have been eating for over 50 years. When I got home, I texted John T. Edge that he should try the chicken and oyster gumbo next time he is in Bayou La Batre, to which I added a "ha ha," indicating in a humorous manner that it is unlikely for such an opportunity to arise. John T. Edge replied that he had already eaten some chicken and oyster gumbo at the Lighthouse, which should not have surprised me, and it didn't, although, according to Mom, they don't even have the chicken and oyster gumbo all the time, you have to take your chances! Another thing I did during my visit was finish that Robert Calasso book, from which I learned that Demeter had a lover named Mekon, whom she turned into a poppy for reasons left unspecified by the author. Now, it just so happened that I was in the midst of a correspondence with Jon Langford of the band the Mekons, for unrelated reasons, and I considered telling him this exciting news, but then I realized he has probably heard it all before. Much like the Lighthouse restaurant, the Mekons have been around for a while. And though (I believe) they were named for some rascally space aliens in a comic strip called DAN DARE, I feel certain that many before me have given them all the information they will ever want or need about Demeter and her boyfriend Mekon the poppy. PS, much like GILMORE GIRLS, to which I incorrectly affixed a definite article for years, I am sure there is, accurately, no "the" in Mekons, but somehow I can't type it without adding the "the." PPS The search engine informs me that I have never before mentioned gumbo on this "blog," which I find remarkable and saddening. I hesitate to append the "blog labels" "soup" or "stew" to the current "post," as I consider gumbo to be its own thing entirely, but now I have to append the labels "soup" and "stew" because I have gone and mentioned soup and stew. This is why I don't "blog" anymore.
Posted by Jack Pendarvis at 8:00 AM

No owls so far in THE CELESTIAL HUNTER by Robert Calasso. Here's one part, though: "Strolling among blackberries, sunflowers, mulberries is already strolling among stories. And, when night falls, the stories continue, among bats and overhanging rocks." So I was like, "Oh boy! Here come the owls!" Because as we have seen, bats in literature are often accompanied by owls. But there were no owls forthcoming. In the same chapter, however, there was a lot of talk about Ovid. I thought, "You know, I'm getting old. I need to read Ovid. I need to read a complete version of the METAMORPHOSES. I have some selections scattered around but I need to read the whole thing, because I am an old man." So I ordered a complete translation with copious notes appended from Square Books. When I got my hands on it, I was like, oh, yeah, there are surely going to be some owls in this. I skipped around among the pages, my eyes peeled for owls, and it took almost no time to find one, with astonishing results! Now, I skimmed over it, but I seemed to be reading about somebody or another giving a box to these kids and saying, "Don't look in this box!" You know how that always goes. So two of the kids (if they were kids) didn't look in the box, but the third one did, and saw a human baby and a snake hanging out in the box. Don't worry! The baby and the snake were doing great! (I think.) So, a raven sees all of this going down, and he flies off to tattle to a goddess about it, but the goddess gets angry for reasons I did not bother to contemplate. She puts the whammy on the raven and turns him (this may not be an exact quotation) "lower than an owl." Well! To me, this implies that an owl is a bird of low rank, if it is such an insult to be turned "lower than an owl" (again, not an exact quotation). Where does Ovid (or the deities upon whom he is reporting) get the idea that an owl is some kind of half-assed bird? Pardon my salty language! We've seen this kind of thing before.
Posted by Jack Pendarvis at 8:50 AM