A Man of Song 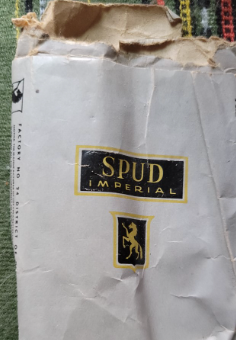 McNeil was telling me about a journal he has kept for decades and I begged to read it but he said no. Finally, he let me see a sliver from 2003, when I telephoned to inform him about a Bob Hope LP I had purchased. Even though Bob was wearing an ascot on the cover, according to McNeil's journal, I had absolutely no memory of the conversation or the recording. McNeil jostled my memory, and kept jostling it, until the record came dimly back into what I laughingly call my mind. I promised to look for it! For, you see, back in 2003, I had read McNeil the liner notes over the phone, and he wanted to hear them again, now, in our present day. Here's the problem! When we moved into this house, I just threw stuff all over the place. The records are not in any order. Anyway, I finally tracked it down, and I guess the portentousness had amused me, a lot of stuff like, "jokes and comedy are not the whole of Bob Hope. It must also be added that he is a man of song." But! That's not why I called you here today. While McNeil was going through an old box, he found a pack of his grandfather's cigarettes. "Half the smokes are still there!" McNeil boasted. I was most impressed by the brand name... Spud Imperial. I've never heard such a bewitching combination of words. I noticed the word "SAFETY" on the side of the pack (though I seem to have cut it off above), and a little rooting around on the "internet" led me to some magazine ads for Spud Imperial. "They're not a remedy," one warned, in case that was what you thought! I don't "blog" anymore, but when I saw the brand name Spud Imperial, I knew at once that an exception had to be made.
Posted by Jack Pendarvis at 10:04 AM

I Have a Simile to Report

There appears in the memoirs of Mary Rodgers an unconvincing similie claiming that something or other is "like getting a carved owl for your birthday."
Posted by Jack Pendarvis at 8:01 AM

There's a point to this story, maybe, if it's a story. Chelsea Hogue interviewed me about my new poetry chapbook WEIRD SKY. She brought up owls, because, as it so happens, she was a student in the very undergraduate workshop in which I started forcing students to put owls in their work. In one of my answers to Chelsea's probing questions, I mentioned that owls are considered to be bad luck in some cultures, which I had been thinking about a lot lately, because (I didn't mention this in the interview) RESERVATION DOGS is my favorite TV show in a very long time, and I had noticed that the eyes of an owl figurine were blurred out in post-production, and that some of the young Indigenous characters were obviously freaked out by the owl. And it occurred to me that I had never really looked into any negative beliefs regarding owls. Sam Shepard mentions similar Tibetan associations with the owl on the very page where I keep my big long list of books with owls in them, but I hadn't thought about that until just now. I believe my first indication that owls could be considered bad luck, I guess you'd call it, was from my friend Sarah Marine, who informed me privately that some particular of her Indigenous friends would hate to know how many owls I had collected, and would be worried for me. Is there a story coming? I don't think so anymore, if I ever really did. But after mulling over the interview with Chelsea, I decided to finally do some internet research into the matter, which is how I came upon a website that looks as if it has not been updated since the mid-90s. There, a few various Indigenous beliefs and stories about owls were listed, along with some suggested resources, such as a book called OWLS IN FOLKLORE AND NATURAL HISTORY, which was referred to encouragingly if somewhat vaguely as a "good book." So I got hold of that book, to see if I could find out more... of the dark side of owls! I have to say, it's a pretty skinny book to be so damn supposedly good, but okay. I haven't really looked at it yet. I did open it at random, to a passage by Alexander Wilson, who, if you recall from "blog" history, shared my obsession with the mysterious circumstances of his friend Meriwether Lewis's death. Sadly, Wilson's passage was all about (I paraphrase) how nutty we all are to think that owls are some kind of magical death birds. They're just birds, people! Such are Alexander Wilson's conclusions on the matter. But the main thing I meant to say is that it is sort of cheating to buy a book called OWLS IN FOLKLORE AND NATURAL HISTORY and then put it on a list of books with owls in them. It's a fait accompli! Yet here we are.
Posted by Jack Pendarvis at 8:37 AM 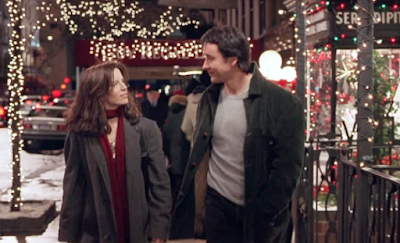 I've been reading Andy Warhol's novel, the title of which is "a" - that's right, the lower-case letter a. So even before I cracked it open, I thought, oh, boy! If this novel has an owl in it, it will always be the first on my alphabetical list of books with owls in them, nothing will ever beat it! How strange to meet certainty in our troubled times. And, of course, Ondine (our protagonist) makes a joke about White Owl cigars. I almost didn't make it there. Early on, a sexual act was described - now, hold it right there! I am no prude. I say go for it! But baked beans were put to a use I don't wish to discuss. Is that where I draw the line? The jury is still out. Anyway, Megan and I had read Warhol's diaries together, and also a recent biography of Warhol (both of which had owls in them), so she threatened to read the novel as well, which I forbade. It was like when we went to the Yoko Ono exhibit and Megan kept running ahead of me and guiding me away from anything too bold and frank. Well! I don't "blog" anymore, but something has been on my mind, and it is sort of relevant to our current discussion. I had always thought of Serendipity 3 as a touristy dessert place that figured in a John Cusak movie. I didn't know it held such a special place in Warhol's life until I read the biography. So... having had a premonition of his death, Warhol goes there for what he figures will be his last treat, and right he is. But! The biographer, after describing the moment, feels it necessary to include a parenthetical screed about how Warhol's death premonition was irrational, even if it came true. Who is he trying to convince? Would he stand over a dead body and say, "Well, you saw this coming, but that was irrational"? The dead person doesn't care! That's all I want to say.
Posted by Jack Pendarvis at 10:33 AM