How Phil Spends the Pandemic 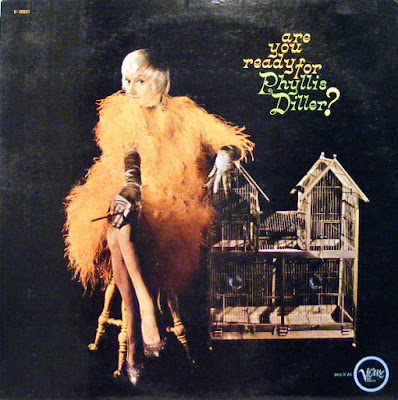 Phil wrote to say that in a recent viewing of the Chuck Norris vehicle INVASION USA, he noticed several Atlanta filming locations we might recognize. I wrote back that I retained but a single vague memory of INVASION USA, which was that Phyllis Diller was on TV in the background in one scene, the details of which I could not recall. I wasn't even certain the so-called memory was accurate. But Phil wrote again, to assure me that I was correct! His entire reply bears contemplation: "A couple has sex on the beach while [Phyllis Diller is] on tv. A terrorist kills the lovers, laughs at the tv, then shoots it too."
Posted by Jack Pendarvis at 11:04 AM

Unlike everyone else, we still have a TV and sometimes watch "TV broadcasts" that have "commercials" in between the segments of "programming." So that's how I saw a commercial the other day for this stuff you squirt in water to give it flavor. And the commercial had this guy crawling across the desert, but he doesn't want water, exactly, he wants this stuff you squirt in water to give it flavor. And I thought WAIT A MINUTE! Because Peggy on MAD MEN pitched this same idea for Sno-Ball brand shaved ice treats, and Don thought so little of it that he dismissed it with a wave of his hand. But now, in the actual present in which we live, somebody finally thought the idea was... good enough! I would also like to say that I saw a Keebler cookie commercial where a Keebler elf is using binoculars to spy on an unsuspecting family! He says something like, "Wow, what a special family!" I may be paraphrasing slightly. But anyway, he's spying on them from a distance, using his binoculars, so it comes off a little creepy. At no point does the elf try to make ordinary contact with the family.
Posted by Jack Pendarvis at 8:29 AM

You know how Megan and I have our little club where we read certain books, and the current one is about a guy rehearsing the role of Guildenstern in Toronto. I haven't told you that Richard Burton plays Hamlet. But anyway! Usually, I feel, I am about 2-5 pages behind Megan in our reading. This time, somehow, I sped ahead at an ungodly rate. So, while Megan catches up, I have been dipping into Alex Ross's new book about Wagner. Somehow, independently, I stumbled onto the fact that Richard Burton had starred as Wagner in an 8-hour feature film (?), which was cut up and distributed in various versions. At least that's my understanding of the piece, which may be flawed - my understanding, I mean, as usual. But I did find an 8-hour feature film version and watched (I checked) one minute and twenty-eight seconds of it before texting Megan, "It's good so far." Normally I wouldn't bother you with such matters, having given up "blogging" the day our TV exploded in 2016, but as you know, I have resumed a more vigorous "blogging" regimen during our trying times in the interest of soothing away your cares and woes. You're welcome!
Posted by Jack Pendarvis at 7:57 AM 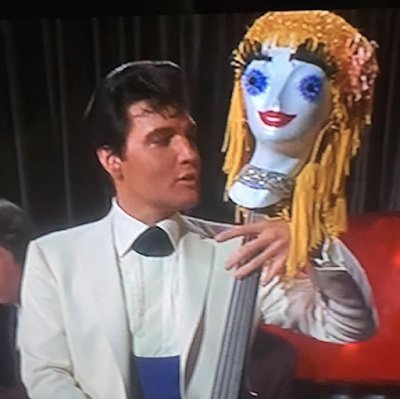 Watched the Elvis movie DOUBLE TROUBLE today. It starts with him singing the theme song about how he's got double trouble, "twice as much as anybody else." And my first reaction was to say, "Yep! The math checks out." Because double trouble is twice as much as regular trouble. But! Then I started thinking... "twice as much as anybody else?" If so, Elvis would have to assume that the person with the MOST TROUBLE IN THE WORLD (aside from him) had only half as much trouble as Elvis, which doesn't seem likely. DOUBLE TROUBLE struck me as the strangest Elvis movie I have ever seen, and he made some weird ones. I jotted down a few strange things about it in one of my jotting books I usually take on trips, but nobody goes on trips anymore. 1. Robert Altman fave Michael Murphy is in this movie! He seems to be playing... wait. I should mention right now that I'm about to lay down major spoilers for the Elvis movie DOUBLE TROUBLE. Okay! Here we go. Michael Murphy seems to be playing Elvis's good-natured fresh-faced romantic rival. But! He turns out to be a psychotic assassin. So that was a surprise. He and Elvis get into a kind of martial arts fight, and Elvis KILLS MICHAEL MURPHY! Okay, I mean, Elvis ducks out of the way and Michael Murphy makes a leap and falls into a well and dies. 2. Remember, this is a list of just a few of the strange things about DOUBLE TROUBLE. Oh! Elvis is forced to sing a rockin' version of "Old MacDonald Had a Farm." It hurts! 3. Most (?) of the plot is about whether Elvis can hold out until his love interest becomes of legal age (!!!). 4. All right. So Elvis is going around Europe, and I thought, given the title, there would be a prince or a duke or somebody who looks exactly like Elvis. You know that plot. But! There is naught of the sort, save a vague mention that Elvis's girlfriend's aunt looks just like her??? It comes up a few times in passing conversation. But unless I missed something, we never see the aunt. So the promise of some identity comedy based on lookalikes (such as Elvis's KISSIN' COUSINS) is dangled out there and snatched away. There is no good reason (unless, again, I walked out of the room for a moment and missed something) for this movie to be called DOUBLE TROUBLE. 5. Finally, this film has much truck with the uncanny, as Freud called it. There are a lot of creepy masks, weird doll-like figures, mannequin heads (see above) and the like... a definite fascination with the carnivalesque, to use one of Dr. Theresa's favorite phrases from grad school - indeed a term she still finds useful today. And so do I, because sure enough, there is no better... wait. I was going to wrap it all up with a nice bow there, but I just remembered: 6. A minor character who has a mental illness and thinks Elvis is her husband.
Posted by Jack Pendarvis at 6:58 PM

As you know, Megan Abbott and I have read several dozen "show biz" books together, stretching back to the long-faded glory of the aptly named Doomed Book Club. Currently, we have landed on a volume of letters by the actor William Redfield, from when he was in Toronto, rehearsing the role of Guildenstern in HAMLET. Not even Rosencrantz! Yes, yes, we know how to have a good time. Another thing you know about me is that I keep a list of books I read that have owls in them, hoping to support my theory that every book has an owl in it. Authors cannot resist the power of the owl! And so, fairly early in the letters, we run across Redfield's description of a director watching an actor "with the eyes of an owl." [It is the director who has the eyes of an owl, not the actor. - ed.] As bonus content, I will tell you that in the VERY SAME LETTER, Redfield refers to Jerry Lewis as "stupendously talented," which it somewhat pains William Redfield to admit, because Jerry Lewis does not have what William Redfield thinks of as "taste." I'll tell you something else Jerry Lewis doesn't have... the need to rehearse Guildenstern in Toronto and write letters about it. Ha ha, I kid the late William Redfield, whose life, now that I look it up on wikipedia, was cut tragically short. :(
Posted by Jack Pendarvis at 10:02 AM

I'm rewatching MAD MEN... for the first time, I think? Anyway, last night there was a minor character and the actor who played him looked just like Bob Hope. I did a double take! I feebly reached for my phone, so that I could take a snapshot of the screen for you, but then the scene was over, and I was too tired to do anything about it. So anyway, if you ever rewatch MAD MEN, look out for Season 4, Episode 5 (I think it was) and maybe you will see someone who looks like Bob Hope too!
Posted by Jack Pendarvis at 9:13 AM

McNeil Month By Month: The Return 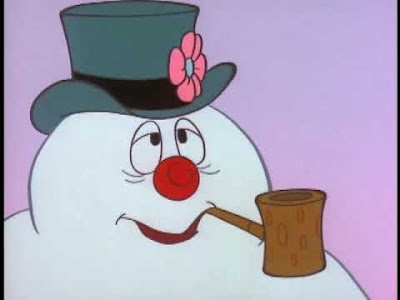 Today Could Be the Day

It's been some time since McNeil sent me a DVD in the mail of an obscure movie about an already remorseful rodeo clown who gets entangled in a murder investigation.
Posted by Jack Pendarvis at 8:13 AM