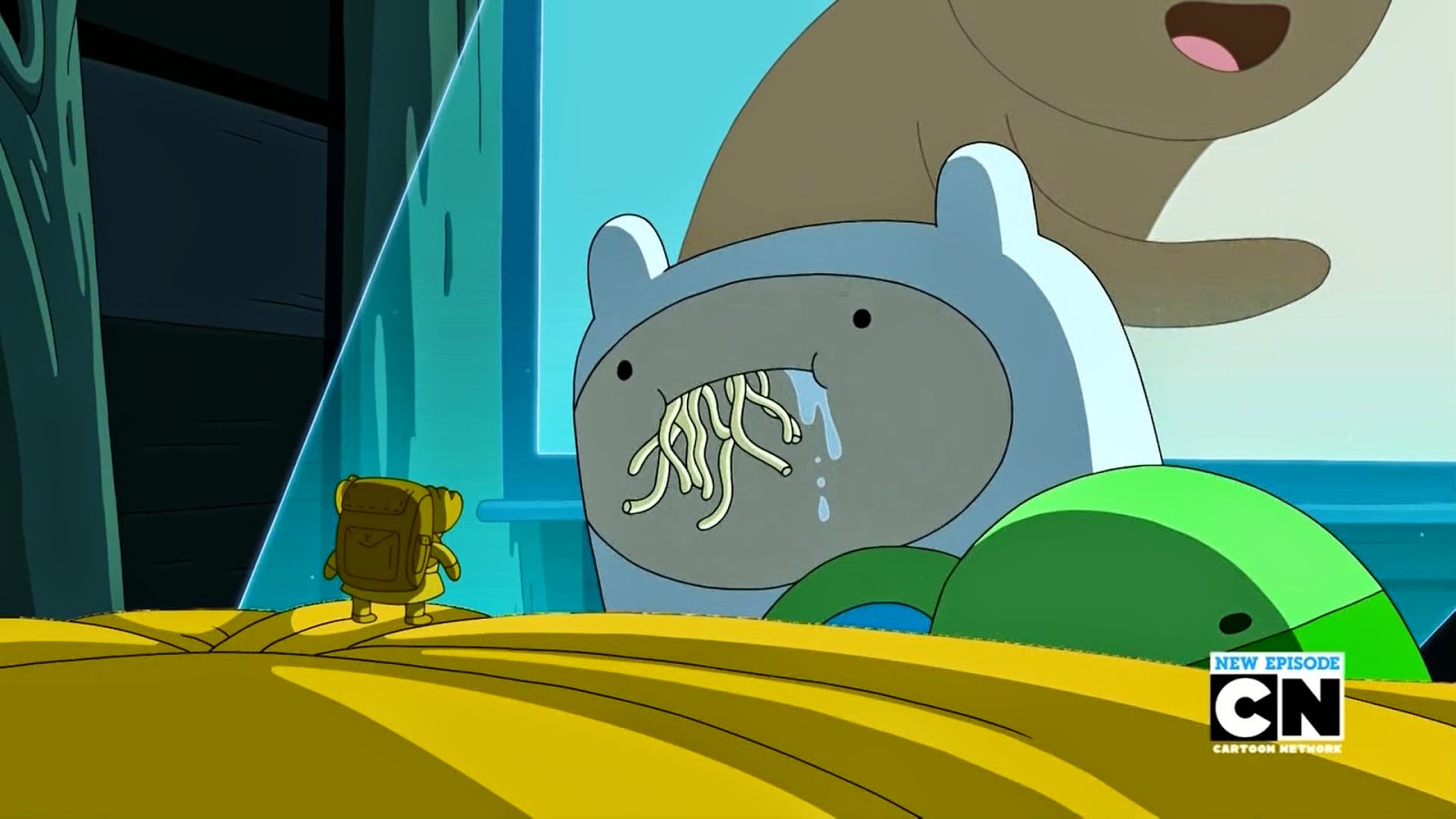 Megan Abbott emailed this morning. She's thinking of rereading H.P. Lovecraft for the holidays (!) and wanted to know my favorite stories of his. By coincidence (OR WAS IT?) there was a Lovecraft allusion on last night's ADVENTURE TIME, when a little creature on a pilgrimage, hoping to see a god, saw Finn eating spaghetti instead. The poor little thing cried out, "I thought you'd be beautiful!" and started weeping and melted. And by coincidence (OR WAS IT?) yesterday's ADVENTURE TIME meeting was about a creepy episode idea from Seo Kim (who also storyboarded last night's episode along with Somvilay Xayaphone). It was also based on a night terror (OR WAS IT?) that a friend of Kent's had. And by coincidence (OR WAS IT?) I ran out of things to read on airplanes and at an LAX souvenir shop where by coincidence (OR WAS IT?) a large glowing poster of pal Mary Miller's novel THE LAST DAYS OF CALIFORNIA decorated the register I bought the new, Lovecraftian Stephen King novel. (Also in that souvenir shop: a lifesized cardboard cutout of Martin Short, for which I fantasized about buying a seat next to me on the airplane.) Also (OR WAS IT?) I have been tweeting little fragments of the ghost book I just finished reading to Megan and Jimmy, like so:


@kingfergus @meganeabbott "After she broke up with him, she returned his dead wife's clothes, twisted into 'doll-like shapes'"
— Jack Pendarvis (@JackPendarvis) November 21, 2014

And Bill Boyle, inspired by this, emailed Jimmy and Megan and me some scary "links" to recordings of poltergeist activity (little kids talking in SHINING voices, yaaaah! Dr. Theresa hates it when I say in a raspy voice, "Jack's not here, Mrs. Pendarvis" - as much as I hate and fear her creepy impression of Helena Bonham Carter in FRANKENSTEIN! - so I guess Bill Boyle has taught me a valuable lesson in empathy) and a medium named Leslie Flint channeling the Brontë sisters. I shan't include the "links" lest they drive you mad with fear (see Lovecraft). Hey did I ever tell you that one of my little sister's first words as a baby was "poltergeist"? True story! Plus I'm reading that dang vampire novel now, what is wrong with me. OR WAS IT
Posted by Jack Pendarvis at 9:28 AM