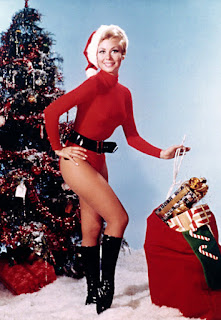 Everyone loves the saucy obituaries of Margalit Fox! And I am no exception. How oft have I championed her work. Twice, that's how oft. But my old brain got to thinking today after I hyperbolically emailed Megan Abbott that the New York Times is "SO BORING!" and she semi-ironically countered with a Margalit Fox obit of an old spinning wheel dude. I suddenly recalled tweeting this back in January:

but I couldn't remember why. As you can see, it deserved and received no faves or retweets. What set me off? Why did I think, apparently, that Margalit Fox was going mad with power, ha ha, mad with obituary writing power, I suppose? Or did something remind me of when Larry King's tweets became too self-aware and I had to block him? An investigation was called for! The NYT published two Fox obits on the date in question, and I suspect it's this opening paragraph that put me over the edge:

In her spinning wheel obit, Fox refers to the deceased as "a Burl Ives of a man." Can someone be a Burl Ives of a man? I mean, other than Burl Ives? Shouldn't the object of comparison be something other than an actual man? Isn't that like calling a Chrysler "the Cadillac of cars" or something? Now I'm just complaining for the sake of complaining. Maybe I'm in a bad mood. I'm sorry, Margalit Fox! Don't write anything bad about me when I'm dead. PS This photo of Mitzi Gaynor in today's paper is what started the whole discussion.
Posted by Jack Pendarvis at 1:03 PM