Shall We Say a Baby's Head? 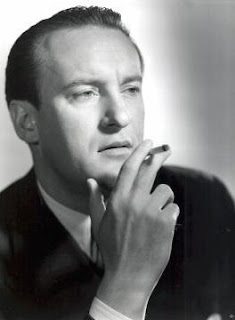 It is none of my business how the Cheetos people wish to run their Cheetos corporation, but I suppose I should note for the sake of continuity that the disturbing trend in Cheetos commercials (noted here before) continues. I just watched one in which - thanks to special effects - a woman opens her mouth wide enough to accommodate, let us say, the head of a human baby. Then her mouth is measured with a caliper and a gigantic Cheeto is produced, a Cheeto too large for even her grotesquely extended orifice. To be fair, the commercial seems to argue in the end - if I understand its message correctly - for a slightly smaller Cheeto. I suppose this is a commercial for young people who are too smart to be tricked by a commercial. But the mood and tone suggest that Cheetos is aiming for a rather more antique demographic who appreciates the suicidally bored character actor George Sanders (pictured; their mascot mimics him) and the Mario Bava film DANGER: DIABOLIK (set and costume design leads me to this conclusion) as well as possibly HOSTEL PART II (which, granted, the kids are all crazy for, I know, but is that what you want them to think of when they think of Cheetos? I mean, will it make them hungry? Gosh, one hopes not). As I say, it is none of my business. I have to come to terms with the fact that the art of selling Cheetos has moved beyond my poor old mind's capacity. More to my taste is a commercial I saw last night for a product that claims to solve all the problems of the common wallet. First the commercial shows why you shouldn't carry a wallet, with a repeated image of a man sitting down and issuing forth a heartfelt groan of pain because he has a wallet in his pocket. He also grabs his back because his wallet has injured his spine. Then another man opens his wallet and everything in the wallet flies out like one of those trick snakes in a peanut can. This happens every time you open your wallet, the commercial explains. So then they reveal what their product is, and it turns out to be a money clip you can order over the phone. Now that's a commercial!
Posted by Jack Pendarvis at 11:37 AM