The What of Zeus 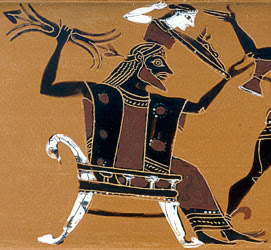 Tom Franklin writes in from Brazil, "depressed," he says, that the grad students are unaware of Captain Marvel. Cheer up, Tom, you're in Brazil! Not only does Tom know about Captain Marvel, he remembers what all the letters in the Captain's magic word "Shazam!" stand for, and which powers they denote. I give you the list as Tom gave it to me: "the strength of Hercules, the wisdom of Solomon, the speed of Mercury, the stamina of Atlas, the invincibility of Achilles, and the, um, what of Zeus? Thunderboltness?"
Posted by Jack Pendarvis at 5:31 PM