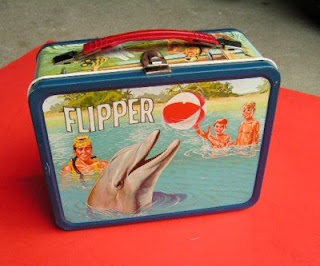 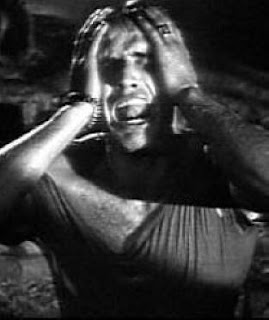 Ugh! Literary matters! Everybody hates them because they are so horrible. That's why we are always so reluctant to put forward our reviled regular feature "Literary Matters." But this one literary matter is okay: "Blog" Buddy Mark Childress is coming to town! Everybody is coming to town! Literary matters are everywhere! They threaten to destroy us. There are so many of them! Soon the very earth will be swallowed by literary matters. The magazines alone are overwhelming and deadly! Suddenly I have so many magazines. My friend Michael J. Bible who works at Square Books and co-edits Kitty Snacks magazine (another magazine!) is in TWO of them! He is in the new Oxford American (with Barry Hannah on the cover) AND the fiction issue of the ESPN magazine. He won a contest! Also in that issue are Wells Tower, Dave Eggers, and John Brandon, to name a stellar few. I wouldn't be surprised if Wright Thompson was in there somewhere. I haven't looked yet. Literature! I hate you so much! Can't you leave us alone, literature? Can't you let us read our ESPN magazine in peace? (Actually, Wright, who is a "sportswriter" by trade, is a very literary writer, in a good way, so the ESPN magazine has always been full of literature when you think about it... just not the fictional variety so much.) Then I got my copy of the Knee-Jerk magazine, which is usually an online thing but now they have done an offline thing which is made of paper and I have a short story in it. It features some material I reworked like crazy from my famous and unlamented lost novel SHUT UP, UGLY, which is apparently never going to come out, but if it does, I will finally get to have one of those "appeared in a significantly different form in..." notices on my copyright page. Something to look forward to! Lots of good fiction writers in the issue, plus me, ha ha! Yeah, but you got your Kim Chinquee, Michael Czyzniejewski (Hey! Both of them once had stories in the magazine Quick Fiction, issue #7, the "Love and Marriage" issue, which also contains a story by McNeil!), Dan Kennedy, Roy Kesey, Joe Meno, an interview with Harold Ramis, and it even has something by that guy who wrote that crazy manifesto that I couldn't handle that time. So check out Knee-Jerk magazine, won't you? You can see why I have been in a "blogging" torpor for the past few days, right? So many literary matters crushing the life out of me. And so many preparations to make! So many literary events! Ace Atkins! Tom Franklin! Lee Durkee! Wright Thompson! and others (including me) will be on hand to read passages from our friend and neighbor Dean Faulkner Wells's new memoir at the Lyric Theater on March 19. She is Faulkner's niece and William Faulkner raised her but there is so much more to it than that! Find out for yourself! She will be there, too, of course, so come by and say hello and get your copy signed! (Speaking of Ace Atkins, I am not saying he is addicted to ebay, but he just bought a photograph of Burt Reynolds pulling a gun on Flipper, who was a famous dolphin at the time, trust me, kids.) Then, on the 23rd, at Off Square Books, Mark Childress strides triumphantly into Oxford with his spanking new novel GEORGIA BOTTOMS! Ha ha! I said "spanking" and "bottoms." I'm bringing my whole graduate class to see him and everyone else in the world will be there too, naturally, so why not you? Mark is always loads of fun! He entertains as well as informs! He's not one of those blah blah blah monotone readers that make literary matters so excruciating for all of us. Come see what I mean! Then - just one day later - it's the book conference! I've told you about my panel with Michael Kupperman, Joe Matt, and (more recently added) SPECIAL EXITS author Joyce Farmer... but what if I told you that Kent Osborne is coming to town for the book conference just because he loves learning? Maybe you'll see him! But who else will be on "panels"? Let me limit myself to people we have mentioned on the "blog" before, because my typing finger is getting tired: Kevin Brockmeier (who also has a piece in the new OA... oh, and Elizabeth does too!), Natasha Trethewey, Beth Ann Fennelly (also in OA!), Wright Thompson (again! Maybe he is to blame for all these literary matters), and lots of wonderful writers like Mark Richard and Karen Russell (both recently extremely well reviewed in the New York Times) I have never gotten around to mentioning on the "blog" for some reason, and we will be celebrating the birthday of Tennessee Williams at the book conference, so maybe I will put on a soiled undershirt and scream a lot, and I am forgetting so many people, and so many other literary matters to which I meant to call your attention just so you can suffer like I do, but this is it for me, I'm stopping now, I will never "blog" again, no one will ever "blog" again, I have used up all the "blogging," it is over now, everything is over now, there is no more "internet," go home.
Posted by Jack Pendarvis at 8:59 AM