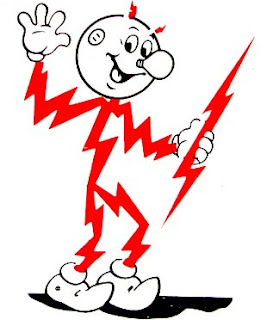 The NBIL was here. He had a little reference book my sister had given him, a very little reference book yet packed with knowledge. There were many weights and measures, varieties of police code, knots of the sailors of the world, and as his middle name is Henry, the NBIL was happy to find recorded therein a unit of electricity (?) called a henry. We spent a lot of time trying to figure out exactly what a henry is. It seems to be almost the same thing as a volt (maybe?) but one thing is sure: there are one thousand millihenrys in a henry. Nor could I begrudge the NBIL his henrys as the night before I had discovered my own namesake - something called the jackfruit - in a reference book of my own, THE OXFORD COMPANION TO FOOD. Now, your jackfruit grows on a tree like an apple, only rather than weighing whatever an apple weighs, a single jackfruit weighs 90 pounds and is covered in spikes most dreadful to behold. 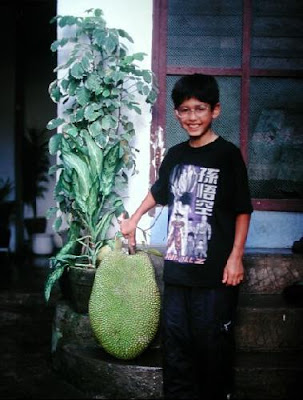