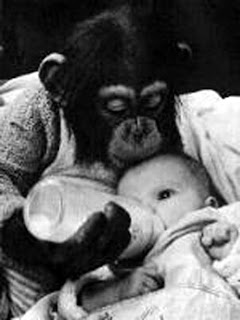 Do you know who Jack Carter is? Of course you don't! He is an old-time comedian. I was pretty sure he was no longer with us, but I saw him tonight in a bit part on a television program called PARKS AND RECREATION. Now why should you care about Jack Carter? That's a trick question! You shouldn't! You don't care about Jack Carter unless you are Mr. Ward or Phil or possibly McNeil or possibly me... and come to think of it, if you are reading this "blog" there is a good chance you are one of those four people. Now - if you are one of those four people, which you almost certainly are - here is in the incredible part! I had not thought of Jack Carter for many, many years and then just the other day he was thrust into my consciousness because of this very "blog"! Yes, thanks to a "link" I provided about Stanley Myron Handelman (don't ask), I found out that Robert Goulet's son-in-law HATES Jack Carter! I found this kind of information unusual to discover on a "show biz" "web" site, but I will now quote Robert Goulet's son-in-law (and please bear in mind that I have never met Jack Carter or read anything about him at all except what I read the other day on the "web" site of Robert Goulet's son-in-law, so I cannot vouch for the accuracy of Robert Goulet's son-in-law's clearly strong opinion, which follows): "Jack Carter was one of the most miserable people we ever had on the show... The band dubbed him 'Captain Rage.' He made everyone so unhappy that we had him thrown off the bus and he had to drive with Danny Rapp from Danny and the Juniors."
Posted by Jack Pendarvis at 7:00 PM