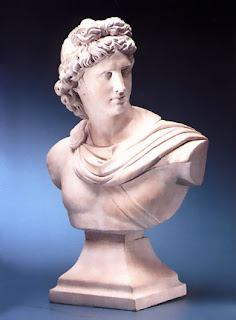 I had a great glass of milk the other day! I am not a milk drinker. But I was at the Honey Bee Bakery (recently written up in BON APPETIT magazine) here in Oxford, MS, ordering up one of their homemade Pop Tarts, when I saw milk from the local Brown Family Dairy on the menu. I remembered a great article that John T. Edge wrote for the Oxford American, all about the Brown Family Dairy (as in the son of Larry Brown!), so I thought I would throw caution to the wind and drink a glass of milk. It came in a little bottle! And when I opened the bottle, the milk wouldn't pour! Because the cream had risen to the top! So I had to (under Theresa's instruction) put the wrong end of my spoon into the small neck of the bottle and stir the cream around (the bottle was too full to shake up vigorously enough to suit me). Well, I want to tell you people, this milk gives milk a good name. I thought about that glass of milk all day! In related news, my aunt sent us a bunch of pecans from Alabama, and Theresa has made a pecan pie, so I went out and bought a half gallon of Brown Family milk. It looks like I may become a milk drinker at this late stage of life, all thanks to the Brown Family Dairy. What's that? You don't care? Then stop reading "blogs"! If you don't stop now, I will also tell you that Shannon - who both owns the Honey Bee and makes the things you eat there - was "the fireball dancer's roommate" described in a previous "post." And hey, if you drink some Brown Family milk, please be sure to return the bottle. They recycle the bottles, but people haven't been returning them. That puts them in a bind! If you want your good milk, you better return your bottle so there will be something to put it in! Otherwise, everything will be your fault. PS I can't find a "web" site for the Brown Family Dairy, or maybe I'm stupid, or maybe now I love them even more, which I realize makes me an unconscionable old crank, which is why the Lord made "blogs."
Posted by Jack Pendarvis at 11:03 AM