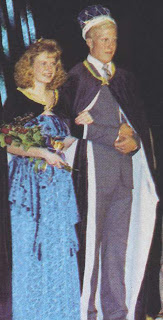 Today "Blog" Buddy Laura Lippman is called "sick and disturbing" in the New York Times! Cool! In the same article: objects of "blog" fascination Oliver Platt and Gilmore Girls. Who could ask for more? Speaking of the New York Times, Tom Wolfe recently had an op-ed about Mark Twain in there, and who cares, really? But it put me in mind of another literary anecdote. I guess that's just the kind of guy I am, the kind of guy who sits around thinking of literary anecdotes like some kind of big shot. Anyhow, Wolfe writes about the fact that Twain and Harriet Beecher Stowe were neighbors, and he mentions the delightful Twain biography MR. CLEMENS AND MARK TWAIN by Justin Kaplan, but somehow he doesn't mention the most interesting thing - the fact (I think) that Harriet Beecher Stowe once BROKE INTO MARK TWAIN'S HOUSE in the dead of night and started playing "Onward Christian Soldiers" on the organ in the parlor, scaring everybody to death. Suddenly I am not sure this is true. I was certain the incident was related in the Kaplan book, but I have gone to the index and checked all the Stowe pages and I'm just not seeing it anywhere. Did I dream it up? I did find the part about how Stowe's half-sister Isabella Hooker believed that she had been "elected president of a universal matriarchy" and had a New Year's Eve party (which Twain attended) during which "a sign" indicating as much was supposed to come "from beyond the veil." Hooker hid "a covey of local mediums, spiritualists, and clairvoyants" in an upstairs bedroom. They were supposed to pop out at the appropriate moment, but nothing happened. Here's my favorite Kaplan sentence in that section: "The long-suffering John Hooker, destined by his wife to be secretary of foreign affairs under the new order, was attacked by a muscular lady medium, and they scuffled in the hallway." Also, "The raisins and walnuts were all eaten."
Posted by Jack Pendarvis at 9:45 AM