Let's Hear It For Periodicals 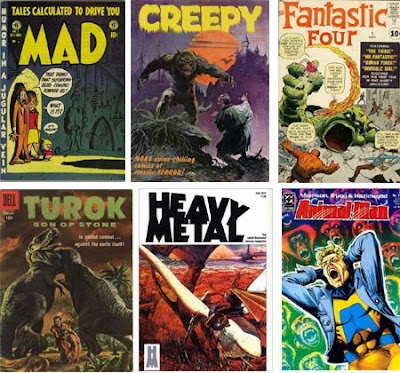 I have an hour to kill between the classes I "teach." I like to kill it in the library. Periodicals are great! Today I perused the JOURNAL OF SEDIMENTARY RESEARCH, THE PAN-PACIFIC ENTOMOLOGIST, the BULLETIN OF THE MARYLAND HERPETOLOGICAL SOCIETY, and THE HERPETOLOGICAL JOURNAL. The cover of the latter showed a close-up of a couple of snakes' heads looking loving and cozy and cuddled up. They appeared to be smiling! I do not, as a rule, find snakes "cute." But for these snakes I make an exception! Kudos to the photographer for THE HERPETOLOGICAL JOURNAL. From the inside cover I learned that these snakes were "Slow-worms," or, in science talk, "Anguis fragilis." This made me worry about the snakes! Their name contains hints of anguish and fragility! And their happy smiles and friendly snuggling attained a certain pathos in retrospect! So I went upstairs to the third floor and gazed at Faulkner's Nobel prize, which is up there in a glass case, and on the other side of the case rests his medal from the French Legion of Honor (a decoration Faulkner shares with Jerry Lewis). It's fun to go to the library! And because it is Halloween, I will mention that in the meticulously curated sidebar of Maud Newton, I found a "link" to this "post" about haunted libraries. POSTSCRIPT: I have learned from the "internet" that "Slow-worms" are not snakes at all, but (Halloweenishly appropriate) "legless lizards." So I guess I still don't think snakes are "cute," but apparently "legless lizards" are. And now I am even more worried about their tender well-being in this cruel world. POST-POSTSCRIPT: I couldn't find a "Google Image" of the cover with the smiling legless lizards, but these scientific periodicals (above) should tide you over.
Posted by Jack Pendarvis at 2:11 PM