Eternity and Other Spoilers 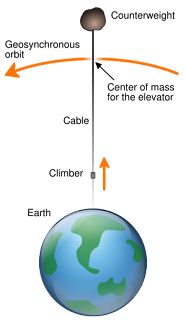 I finished "teaching" THE THIRD POLICEMAN today, and it occurred to me in the course of my rereading how much of a debt my recent novel (about which I have promised never to bore you again) owes to O'Brien's book. So I am about to tell you. This does not violate my pledge, because I must do it to gratefully acknowledge O'Brien's influence. Please note that NUMEROUS SPOILERS about both books will follow. In the case of my book, it doesn't matter much. But if you haven't read Flann O'Brien, well, first of all, shame on you! And now, the spoilers: Both books feature self-absorbed, questing narrators who think too much, complicating the simplest transactions. And both books are circular in plot (speaking of the Ouroboros), their endings leading back to their beginnings in a loop. Finally I will say that the giant golden robot with which my protagonist engages in battle at the end of ******* keeps expanding, until my narrator begins to wonder what is the difference between an infinitely small thing and an infinitely big one. His plan is to wait and see how big a thing has to get before it ceases to exist. In O'Brien's book, the narrator is handed a glass that magnifies objects until they become completely invisible. Am I blowing your mind yet? No? Is O'Brien? Probably! I haven't read THE THIRD POLICEMAN in many years, so I was surprised by the strong influence that it apparently continued to exert, though I didn't realize it while writing. On another subject, I was surprised how much THE THIRD POLICEMAN (written in 1940, though the manuscript sat on a shelf until 1967) reminded me of the two current science stories on McNeil's mind: the particle collider and the elevator to space. In O'Brien's book, two policemen are in charge of the maintenance of "Eternity," which turns out to be a structure with definite similarities to the particle collider, and fraught with similar dangers (this is also one of the plot devices that the TV series LOST owes to the THE THIRD POLICEMAN). How does one get to eternity? On an elevator or "lift" of unimaginable verticality. Does that remind you of something? The space elevator, for instance? Sure it does!
Posted by Jack Pendarvis at 6:03 PM