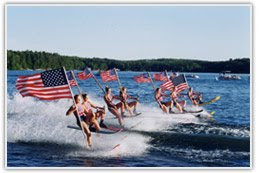 Going back to random illustrations now, which is fitting, because I was just thinking about the terror of words coming loose from their objects, or the actuality of objects overpowering words, or something like that, you know, the regular things I think about, issues explored by William Faulkner and Little Lulu, as previously examined on the "blog," and you know that new Sam Shepard book I am loving so much and gradually quoting in its entirety right here on the "blog"? There's a passage in which a character recalls an incident from his childhood in which he suffered "confusion about naming a thing. My mother became very alarmed about it and marched me over to the icebox. She threw the door open and began hauling out things like a cube of margarine, for instance, holding it up close to my face and demanding that I pronounce the name of it... I called it 'majesty.'" Makes me think of Beckett, too. Like that part in KRAPP'S LAST TAPE when he's suddenly unsure about "viduity," which, when you think about it, is understandable, I mean, when does "viduity" ever come in normal conversation? So never mind, but there's other stuff like that in Beckett, too, trust me. Hey, and wasn't there an old commercial in which a guy would eat margarine and a crown would appear on his head because the margarine was so good that it made him feel like a potentate of limitless power? Maybe that's where the majesty comes in. You're welcome, Sam Shepard! Speaking of naming things, why do I perversely continue to call it "that new Sam Shepard book" and never give you its name? It's called DAY OUT OF DAYS.

Posted by Jack Pendarvis at 8:36 PM