No Ampersand For You 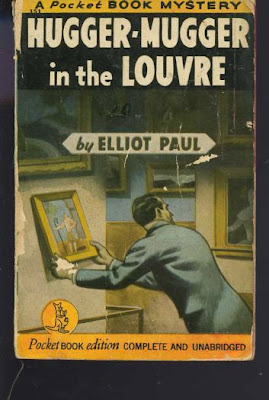 The same BELIEVER feature showing Jerry Lewis on the cover of a paperback also gives us the cover of the SALT AND PEPPER novelization by someone named Alex Austin. So I did a "Google Image Search" for salt and pepper paperback alex austin, but this (above) popped up instead. I don't know why. I wanted to show you the SALT AND PEPPER novelization. There's an ampersand on the cover! But now you have to buy THE BELIEVER to see it. In the meantime, I hope you will enjoy HUGGER-MUGGER IN THE LOUVRE in its stead.
Posted by Jack Pendarvis at 6:38 AM