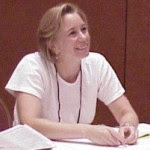 It has been a long time since I told you what I'm reading, and if I know you, you're beginning to worry and fret. On the night stand: ANOTHER THING TO FALL by Laura Lippman. Now if you ask Laura Lippman which of her books to read first, she will suggest one of the standalone mysteries, such as EVERY SECRET THING or WHAT THE DEAD KNOW, both of which are excellent. But for this reason (her own recommendation) it has taken me a while to get around to one of the volumes in her series about private eye Tess Monaghan. But what Ms. Lippman fails to mention is that series about private eyes are awesome! Raymond Chandler and Ross MacDonald leap to mind - not too shabby! And Monaghan measures up - a sharply drawn woman dropped as unwillingly into a fraught plot as Marlowe or Archer. I'm not too far into the mystery part yet, but the backdrop is wonderful and promising: a Hollywood production that has invaded Baltimore. All the characters know movies and movie history, which makes for extra fun. For example, a single sentence mentions both ONCE UPON A TIME IN THE WEST and CHILDREN OF PARADISE, both objects of fond "blog"templation. You don't have to love movies to enjoy the book - but if you do, you get a bonus frisson. Speaking of frissons, as I do so very often just to impress people, I was happy when a character fantasized about opening a high-end french fry restaurant. His harebrained idea dovetails so nicely - eerily perfectly [three adverbs in a row! A new record!] - with the hamburger delusion of my sort-of private eye Dud Durden in that story I recently recorded for the McSweeney's audio book. I believe Lippman and I were writing our pieces at the same time, and we did not know of one another then, so I cannot claim that she was inspired by me! But I will flatter myself with a claim of some sort of psychic compatibility, which is even better.
Posted by Jack Pendarvis at 3:09 PM