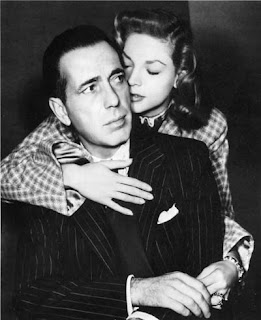 I'm sorry for skipping a day again. I know you kids are eager to hear more about Walter Winchell, so let's get right to it. McNeil writes via email: "In regards to Walter Winchell...apparently he had a big crush on Lauren Bacall when she was married to Bogie, and once took her out to dinner and then dancing at Jack Warner's behest, I believe as a promotional stunt - Bogie didn't like it, but he knew good press when he saw it. A few days later Winchell wrote a column called 'Bacall of the Wild.' Which is one of the best titles ever," McNeil concludes. We have no idea where McNeil gets his information. He's a lot like Winchell that way. Remember, keep watching the "blog" for the latest in topical subjects!
Posted by Jack Pendarvis at 6:53 AM