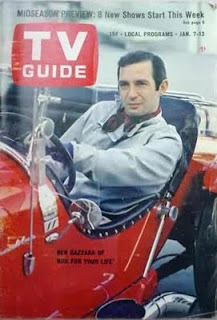 Barry B. was very excited to see our mention of Ben Gazzara the other day, because he HAPPENED TO BE WATCHING A BEN GAZZARA MOVIE AT THE VERY SAME TIME! And this brings us to another edition of "Barry B.'s Movie Korner." Today's movie is THE GIRL FROM TRIESTE, starring Ben Gazzara. Here's what Barry B. had to say about it: "So comic artist Ben Gazzara is sitting on the beach drawing when a beautiful young lady (Ornella Muti) gets rescued from drowning. The charming Gazzara makes a little small talk and loans her his blanket, which she immediately wraps around herself and takes off her bathing suit. She confides to Dino (Gazzara) that she was faking drowning. She shows up at Dino’s house to return the blanket and have *** with him then jets off again. He knows she’s lying to him pretty much about everything, and she shows up and leaves at inopportune moments, but he can’t help himself. 'I thought I’d been around. This girl’s putting moves on me (that) I’ve never seen before,' Dino confides to a lady friend (who happens to keep a closet full of clothes at his house). Well, she eventually moves in with Dino and keeps acting crazy. 'You’re inside me! Don’t you understand, you’re in my soul!' the frustrated Dino tells her. She’s really crazy. She does freak Dino out but he doesn’t know what to do. I don’t want to give away the end."
Posted by Jack Pendarvis at 7:44 AM