Remember That Stupid Thing I Did? 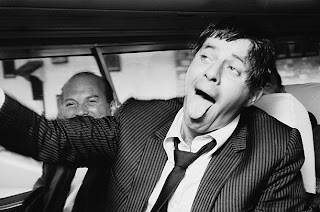 Hey! Happy new year! Remember when I used to try to make a poem out of all the most typical lines I could find from the New York Times "Arts" section? That was stupid! But today's New York Times "Arts" section was overflowing with so many typical lines (as a rule I limited myself to one per day) that I have to do it one last time, and I am allowing myself to use all four typical New York Times "Arts" section lines. Two ("tart and luminous" and "bleary and glib") are from a film review, and two ("stout marvels of anachronism" and "furrowed, Monkish hiccups; boppish two-handed octaves; flare-ups of funk and Chopin") are from a music review. So maybe this is the whole poem because I don't think I could or should do this anymore because it's not amusing or interesting in any way whatsoever: "A footman approached Ms. Minogue,/ who was fretting glamorously/ on a couch flanked by panther statues./ After furrowed, Monkish hiccups;/ boppish two-handed octaves;/ flare-ups of funk and Chopin;/ some conversation and homemade sorbet;/ I watched a world of wonders unfold bleary and glib./ Bass was played, largely superfluously,/ by Mr. Brenner -/ Evocative puppet play tart and luminous,/ an unlikely mix/ of Shamballa and shoo-be-doo./ The crowd - stout marvels of anachronism -/ for the most part swayed/ in reverent silence."
Posted by Jack Pendarvis at 8:14 AM