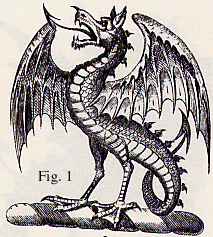 Theresa and I were watching a movie called SO LONG AT THE FAIR, the plot of which reminded me of something I had read in that touchstone of my tender youth, the Reader's Digest publication STRANGE STORIES, AMAZING FACTS. But never mind about SO LONG AT THE FAIR. While I was looking for the particular article, I stumbled across a section entitled "Ten-Thousand-Year-Old-Steaks," which is about some woolly mammoths found frozen in Siberia, and how delicious they are! Yes, says Reader's Digest, "In spite of the thousands of years that have passed, the meat is still good enough to eat - according to those who have tried." But those few passing words are all you hear about the people who supposedly ate millennia-old woolly mammoth meat! Not another hint about it in the article, nor anything at all about steaks, save for the title. Why am I telling you this? Well, no good reason. But remember my novel that I first turned in to my publisher over a year and half ago and it was coming out in August and got reviewed and everything, and maybe someone will bring it out someday when they're feeling better, but I don't know because nobody will tell me? Remember that? Well, I believe I refer obliquely to these frozen mammoth steaks in that novel. You'll never know because 1) it's oblique and 2) you'll never read the novel because it only exists in a mysterious land somewhere far away with coconut moonbeams and butterscotch lakes and ever so many pixies as far as the eye can see. But I thought it was funny that those frozen mammoth steaks must have been stuck in my head since childhood, and I had no idea where that image came from when I put it - or something like it - in the semi-nonexistent novel. How about that! Thanks for everything, Reader's Digest! The idea probably wouldn't have stuck in my head for so long had it been more concrete than "those who have tried," and I guess there's a lesson in there somewhere for somebody. Oh, here's the section from my book. Who cares? Maybe I should just publish it here on the "blog" one random paragraph at a time: "He thought he remembered a newspaper story about a Viking ship that had been frozen in the ice. Scientists found steaks on board, steaks from Viking times, and Burns believed that the scientists had cooked and eaten one of the steaks just for fun, although that didn’t sound like scientists, who were usually a******s."
Posted by Jack Pendarvis at 9:35 PM