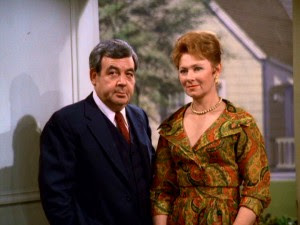 McNeil called to tell me about a 104-year-old strongman who just passed away, and up until the time of his passing he was still able to "bend coins with his fingers." (Note: I am relaying the phone message as it was relayed to me by Theresa, so that is a Theresa quotation, not a McNeil quotation.) But more importantly, wasn't 2010 supposed to be "The Year of Repressive Desublimation"? McNeil is doing his part: he has dvr'd a movie called THE BIG CUBE, in which Lana Turner ingests psychedelic drugs, apparently. If that's not repressive desublimation, I don't know what is. In the meantime, I have a(nother) Peter Sellers movie similarly loaded up and ready to go, and I think it is all about squares and hippies and such, of course. But what of us, yes, our smart generation? Everything sure was repressively desublimated back in the 60s, right? Ha! What if I were to tell you that OUR OWN IDEAS AND IMPULSES ARE BEING REPRESSIVELY DESUBLIMATED RIGHT NOW IN THE TWENTY-FIRST CENTURY WHEN EVERYONE IS SO GREAT? But we don't know it because "the man" is doing such a good job! My guess is that it's a naughty cartoon or skit you think is really subversive and dangerous and edgy, and it's broadcast by one of the biggest corporations in the world, yes, a corporation owned by "the man"! In my supposedly forthcoming novel, which is complete and perfect but as yet unreleased for reasons that no one will explain, I make reference to this phenomenon with a supposedly scandalous puppet show I made up called DIRTY OCTOPUS. I can tell you now, because my novel will never come out, I reckon, so I am publishing it bit by bit on my "blog" - in this case, I am publishing the two words DIRTY OCTOPUS. You go, repressive desublimation!
Posted by Jack Pendarvis at 1:41 PM