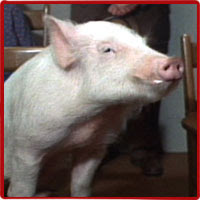 I happened to come to the Craig Ferguson program just as Dave Foley commenced an appearance and the first thing out of Dave Foley's mouth was a GREEN ACRES reference, which just goes to prove something we have noticed here at the "blog" before: Dave Foley enjoys GREEN ACRES. I also have an inkling that Laura Lippman, who (as faithful "blog" readers will recall) recently appeared on the Ferguson program her own self (and did a fantastic job), knows a thing or two about GREEN ACRES (though I will need confirmation) so I would like to advance a new theory, which is that everyone who goes on the Craig Ferguson program enjoys GREEN ACRES, even though Craig Ferguson obviously has no idea what it is. I think this is a good example of what they call "anecdotal evidence." Discuss.
Posted by Jack Pendarvis at 10:28 PM