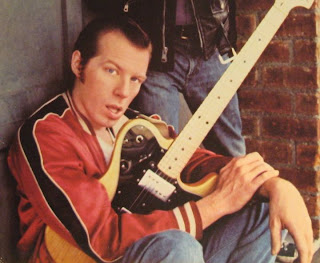 It seems vital to the interests of the "blog" to report that in today's New York Times (in which I have a book review) the fellows from Spinal Tap are revealed to have a "favorite inside joke" at the expense of Larry King's Twitter account. Michael McKean (pictured) is credited with a particularly fine and hilarious imitation: "If there's a better invention than the pulley, I haven't heard of it." We mention this for two reasons: 1) The "blog" would like to establish itself as a pioneer in the field, having first drawn your attention to Larry King's Twitter account on May 4th. 2) It makes us think once again about how even the best approximations of certain kinds of oddball writing fail to match the weird power of the real thing. I can write tweeterings about pudding all I want, but Larry King will always have me beat in the non sequitur department, because he is like the Zen dude who's not shooting at the target to win a sack of gold, you know that dude. Go back and read your Chuang Tzu. Larry King is a living work of art! A famous line from THIS IS SPINAL TAP puts it best: "It's such a fine line between stupid and clever."
Posted by Jack Pendarvis at 9:02 AM