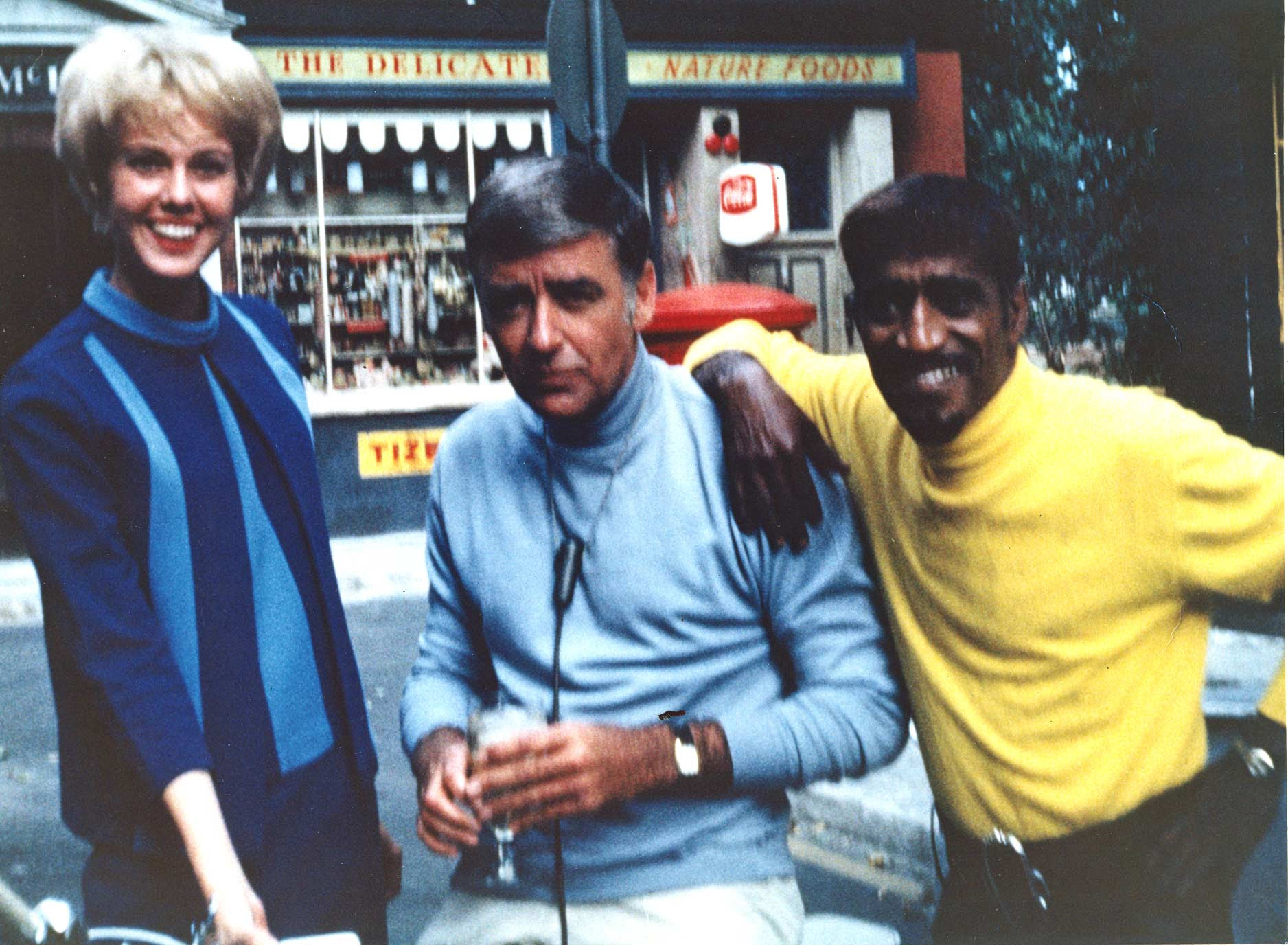 We are happy to announce the first annual McNeil's Movie Korner Film Festival, which will occur after the book tour and before the move to Mississippi. McNeil will make a rare personal appearance at the Pendarvis Building, where films will be screened and prizes awarded. The full schedule has not been determined, but we can say with some certainty that RIO BRAVO and SALT AND PEPPER (in a double feature with ONE MORE TIME, its Jerry Lewis-directed sequel) will be among the festival highlights. Also slated: the one where Jerry Lewis thinks he is dying but he is not, and the one where Bob Hope thinks he is dying but he is not. More announcements will be forthcoming as final decisions on the program are made. The event is not open to the public. (Pictured, Sammy Davis, Jr. and Peter Lawford, stars of SALT AND PEPPER and ONE MORE TIME, with Cleveland TV reporter Jenny Crimm.)
Posted by Jack Pendarvis at 8:43 AM