Two Things That Are Fun to Say Like Jerry Lewis 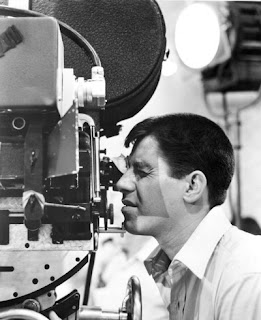 I know very well that most of you youngsters have no clear idea what Jerry Lewis sounds like. Why, you've never even heard of Mr. Spock, to name but one common pop culture icon, as has been demonstrated here many times before. Yet I feel the need to express myself on this topic. I should also admit right out of the gate that it is impossible to duplicate Jerry Lewis's voice in a print medium. When I came up with that piece for the Believer on the theme "If Sammy Davis, Jr. Had Written Moby-Dick," the first draft was called "If Jerry Lewis Had Written Moby-Dick." But it was too hard! Bearing that in mind, we plug along: So, Theresa and I have been watching the enthralling TV series FIREFLY upon the recommendation of Dr. "M." The name of one of the actors is Summer Glau. Every time her name appears in the credits, I scream "Summer GLAU! Summer GLAAAAUUU!" like Jerry Lewis. "Are you going to do that every time?" Theresa finally asked. "Yes," I replied. Meanwhile, in New York City, Mr. Ward works in a place where the people have TVs on their desks, never mind why. There is a commercial for a product by the makers of the over-the-counter remedy Head-On, and one of its active ingredients is called "Chondroitin." When the announcer mentions that fact, Mr. Ward likes to yell out, "ChonDROITin!" like Jerry Lewis. No one in the office has any idea what he's doing. Now let us veer from the subject, as we like to do. Do you recall when Dr. "M." told us that "blog" "fave" actor Carlos Jacott was in an episode of FIREFLY? We must also comment on the fact that Christina Hendricks, who has a pivotal role in "blog" "fave" show MAD MEN, plays a fascinating recurring character in FIREFLY, as we have just discovered with our very own eyes. We leave you now with a clip from MAD MEN featuring Ms. Hendricks, who is the person with red hair. The chosen clip is somewhat literary, in keeping with our on-again-off-again status as a "litblog." Oh yes, I have gotten off the subject. As a quick reminder, the two things that are fun to say like Jerry Lewis are "Summer Glau" and "Chondroitin."
Posted by Jack Pendarvis at 8:59 PM