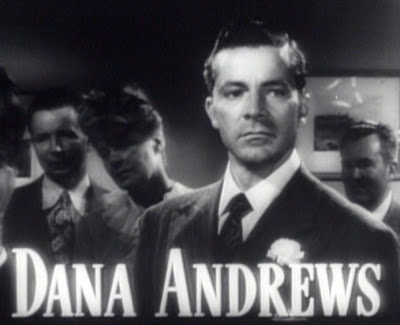 Time again for literary matters. It's like taking horrible medicine, isn't it? Today we have six literary matters. You can do it! 1) Yesterday, I had the extreme pleasure of being the guest of a book club. I won't talk about them much, as they are tasteful and elegant and hardly the sort of people whose names you want to toss about lightly on a "blog." But I must tell you that this book club has been in existence FOR OVER ONE HUNDRED YEARS and one of the refreshments was a traditional, delicious, and homemade dish called "boiled custard." Everyone had a lively and fun time at this gracious club. I was made very welcome. 2) More on the relationship, if any, between Flannery O'Connor and Gogol: Remember when Tom Franklin made startling revelations about his punctuation technique to an interviewer? Well, that interviewer, whose name is Bearden Coleman, has contacted me to say, "The introduction to my edition of Dead Souls has this quote from Flannery O'Connor: 'I like Tolstoy too but Gogol is necessary along with the light.'" We're still not sure what any of this means, plus the quote comes to us - what is that? - third or fourth hand, which is plenty good enough for a "blog," as you know! Anyway, mull it over and get back to me. 3) Speaking of Tom Franklin, I get word from New York City that my recent recommendation of SMONK has gone over like gangbusters! 4) Last night Theresa and I watched the movie DAISY KENYON, starring Joan Crawford, Henry Fonda, and Theresa's personal "fave" Dana Andrews. There was a surprise cameo by "blog" poster boy Walter Winchell! Is this a "literary matter"? I don't know. Winchell wrote a lot. Also, though I don't believe her job was ever explained in great detail, Crawford's character appeared to be employed painting lurid art for serialized crime stories. Speaking of which, I won't say much about DAISY KENYON, except that everything about it (including dialogue like, "I used to think you weren't worth killing!") made us brace for a crime that never took place. Is there something wrong with the movie or something wrong with you when you're disappointed by the lack of murder? 5) Tomorrow I will be next door at William Faulkner's house, speaking to some eighth and ninth graders about how great it is to be a writer. This leads me to reemphasize the fact that - despite published reports - I am not and have never been a "YA writer." But as you can see, I have nothing against young adults! I am sure we will have fun "rapping" about Walter Winchell and whatever else it is that kids care about these days. 6) I see that QUEENPIN, a novel championed on this very "blog," has won an Edgar Award. Megan Abbott - whose acquaintance I made via the "internet" after enjoying her book - is far too classy to have bragged about her win in a recent email (I found out through my own detective work), though she did find time to praise Bob Hope. Modest and generous, this Megan Abbott. There, I have given you loads of "links." Please spend the next few days "clicking" on each one, then "clicking" on each "link" in each subsequent "link," as I may not be back to "blog" before Monday or Tuesday. Those apples should develop in interesting ways by then! Stay tuned.
Posted by Jack Pendarvis at 7:18 AM