Our friend Joey loaned us a DVD of a documentary called CRAZY LOVE which, by coincidence, had also been recommended by Dr. "M." The packaging says it's a "disturbing true story of an obsessive relationship gone awry in 1950s New York." We watched it tonight and yes, "awry" is a nice word for it! As you know, we don't like to talk about "disturbing" things on the "blog" if we can at all help it, but I do feel obligated to mention a part of the film in which someone described her first impression of the male subject of CRAZY LOVE: "He looked like... should I say it...?" Then there was a long pause while the interviewee thought about whether or not she should drop the bombshell. Finally she decided to go ahead and throw caution to the wind and say who he looked like. "Arnold Stang." Remember, she was talking about someone who might be considered a monster of manipulation, a man of extraordinary callousness and brutality, but it took her a second to decide whether or not comparing his looks to Arnold Stang's might be going a little too far. There. I have dutifully logged another reference to Arnold Stang. NOW who's obsessive? 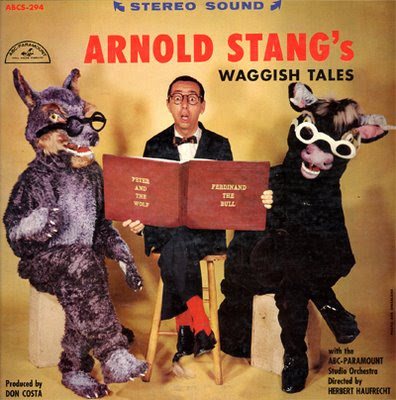 Posted by Jack Pendarvis at 8:07 PM