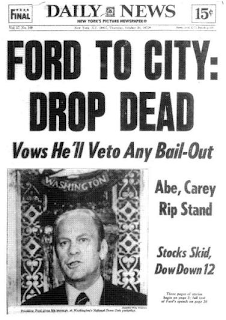 Welcome to a special edition of James Whorton, Jr.'s C-Spandemonium!, in which James Whorton, Jr. has even more to talk about than C-Span! Curiously, this episode of C-Spandemonium was not initiated by Mr. Whorton. I got a call from McNeil the other day, asking me to hurry up and turn on C-Span. "It's FANTASTIC! It's A ZOO!" he screamed into the receiver, titillated by the sight of politics in action as exemplified by the Democratic rules committee. "They'll probably rerun it later," I said. "I'll watch it then." And I was right. It got me to wondering if old Whorton had watched the event on C-Span as well, so I emailed him. He wrote back promptly: "I did watch the rules committee on C-Span! I decided we need a new word in English, an adjective to describe something that is both riveting and tedious. Rivetous? I think someone can do better, though. Come up with a better word, I mean." Whorton went on to praise a particular aspect of one of my recent "posts": "Way to keep the 3rd commandment, Jack!" he exulted. Whorton had CNN tuned in as he was typing, and something caught his attention (I quote): "CNN is on and a woman just said 'I gotta tell ya' twice in ten seconds! Update: 3 times in 60 seconds!" [Note: This reminds us of the way Bob Hope used to say "I wanna tell ya" all the time. But Bob knew what he was doing, unlike the poor woman on CNN, apparently. Dick Cavett reflects upon this phenomenon (as it relates to Bob) and the performative reasons behind it, in the May-June 1979 issue of FILM COMMENT, of which I'm sure you have a copy. I got mine for $2. The best two bucks I ever spent! There's also a great interview with Bob on the occasion of a Lincoln Center tribute overseen by Woody Allen and a long article by Harry Shearer from backstage at the Jerry Lewis telethon! Old Harry doesn't seem to enjoy Jerry the way I do, but to each his own! Live and let live I always say! Sorry: that "I wanna tell ya," sent me off on a little trip. Later I'll look up "performative." Like "trope," I stole it from Theresa but (unlike Theresa) have never put much thought behind either term. - ed.] Finally, Whorton recommended a "web" site on which to hear awesome African music, little realizing that "blog" music correspondent Phil recommended the exact same "web" site in a "post" long ago. This is the kind of reinforcement we like! If both Phil and Whorton recommend it, you KNOW it's good! That's the "blog" guarantee. Whorton - who is interested in presidents, as loyal readers, if any exist, may know - signed off with a "link" to "Funky President," a song written by James Brown about Gerald Ford. We hope Mr. Ward will avail himself of the "link," and if he knows of any other good songs about presidents - not counting that one about William McKinley - perhaps will be kind enough to include them in the next edition of "Mr. Ward's Presidential Korner."
Posted by Jack Pendarvis at 7:35 PM