Quite Remarkable to Consider! 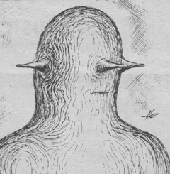 It occurred to me that the two academic terms I have stolen from Theresa and grievously misused - "trope" and "performative" - were in both cases put into the noble service of describing Bob Hope. Remarkable! Could it be that I am suffering from the same condition as the New York Times critic who felt compelled to use "Euclidean," thereby avoiding any supposed "taint" associated with Jerry Lewis? Of course Mr. Hope and Mr. Lewis need no help from us! Just ask Dick Cavett. In the article I mentioned in the "performative" "post" (see "link" above), he writes, "I can't help wondering if Hope is conscious of how fine his movie work is." Speaking of Dick Cavett, as I was going through that previous "post," checking all the "links" AND all the "links" WITHIN the "links" (we are all about quality control at the "blog") I noticed for the first time that in a "link" in the "post" in which I recall seeing the Mississippi UFO guys on the Dick Cavett show, there is a nugget of corroboration - that is, evidence that my childhood memory is accurate: an illustration (pictured, left) of the space alien in question, drawn (as the "link's" caption makes clear) by a member of Mr. Cavett's staff! And something else occurred to me! In the former "post," I mention both Harry Shearer and Dick Cavett. Now, Harry Shearer works for "The Simpsons," and once there was an excellent joke at Mr. Cavett's expense on that show. I suppose Mr. Cavett was a good sport, as he "voiced" himself. I now paraphrase, probably. Cartoon Dick Cavett (much like Actual Dick Cavett) was starting another interminable story with, "Once when I was eating dinner with Groucho..." when Homer interrupted, shaking his fist: "You'll be eating dinner with Groucho tonight if you don't shut up!" See, Homer was going to kill Dick Cavett and send him to Heaven for dinner with the late Groucho Marx. Thankfully, it was only a cartoon. Another thing occurs to me! In the very act of typing it occurs! Both Jerry Lewis and Bob Hope also did voices on episodes of "The Simpsons." I get tired sometimes with all the things that occur to me. That's where you, the thoughtful "blog" reader, come in! You help relieve me of the burden. It's YOUR problem now! EERIE POSTSCRIPT: Just now, when I attempted to include an illustration of the space alien, the "link" suddenly VANISHED! It was working fine last night and now it is gone. I SMELL A CONSPIRACY! The "link" in question has been replaced by a mysterious message: "HTTP 1.1 NEW SESSION FAILED." The "blog" must be getting uncomfortably close to something! So I found another portrait of the space alien. It looks very close to the illustration I mentioned earlier, but I cannot be 100% sure that THIS space alien was drawn by a member of Mr. Cavett's staff. Still, you get the picture.
Posted by Jack Pendarvis at 7:40 AM