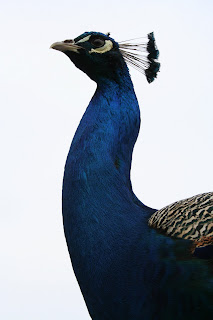 I've taken a sneak peek at the upcoming review of AWESOME in the Library Journal. They call it "an uncanny hybrid of Philip K. Dick and Charles Bukowski. The main character, a giant named Awesome, is exceedingly conceited, annoying, and erratic yet strangely likable... a hilarious commentary on male phallocentric identity." This latter captures PRECISELY what I was trying to do, so I'm gratified. It feels nice when the reviewer seems to get one's intent. I told myself I wouldn't comment on reviews of AWESOME. If one responds to the bad reviews, one comes off as a sniveling, whimpering infant, whereas if one trumpets the good, one is little better than a preening fool. I assume I will continue to break my own rule in this matter. The reviewer, Mr. Henry Bankhead, understands things so well that he even echoes my own fear about the book: "The story is so over-the-top that savvy readers should pick up on its inherent playfulness and recognize it for the satire that it is. Others will just be irritated and offended." But guess what? You can't worry about such things when you write a book. You shouldn't worry about the reviews either. I once met the writer Kevin Brockmeier, who revealed to me that he never reads reviews of his work, nor anything that contains his name at all. So I guess I can say anything I want about him here! But he is pleasant and nice, so it's no fun.
Posted by Jack Pendarvis at 3:24 PM