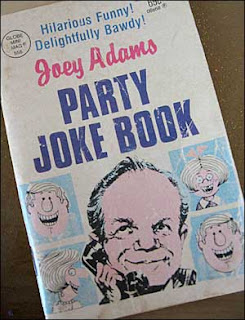 Welcome again to "Literary Matters," the special feature in which we take a look at the excruciatingly tedious subject of literary matters. Today we have five literary matters. I apologize in advance. 1) Hey! I'm in the big leagues again. Made a cameo on Maud Newton's web site today... for the second time! Maud and I have been emailing back and forth about Charles Ives and Mark Twain and occasionally rambling far afield (I'll speak for myself). For example, something in our conversation brought me back to my ancient (1953) edition of "Milton Cross' Encyclopedia of the Great Composers and their Music" (in which Ives does not appear, which was part of the point of my pointless email) where I ran across these favorite passages about Scriabin, which have stuck with me since I was 13 or 14: "As a child he showed his affection for the piano by kissing it, as if it were an animated being, and by expressing anguish when it was repaired, tuned, or moved." And this about Scriabin's "Mystery," which he never finished composing: "[It] would call upon music, poetry, drama, and the dance - as well as colors, perfumes, and a new kind of language made up of sighs and exclamations - to express what up to then had been inexpressible. His 'Mystery,' he felt, would be the last will and testament of a dying civilization." For me, this puts Milton Cross up there with James Joyce, Jesse James, Jr., and the person who wrote the article about the Dymaxion as a prose stylist. It also places Scriabin on that list of people - along with Nedra Harrison and "the Broadway Gun Girl" - about whom someone needs to make a movie. 2) Amanda Stern has broken her foot! We send out our thoughts and prayers to Amanda Stern's foot. 3) Barry B. has the same birthday as Carroll Baker. Or he might. He's not sure. This may not be a literary matter. 4) Phil Oppenheim is the first to answer the call in our recent contest. He writes, "The only thing worse than coming up with Wildean aphorisms is not coming up with them." Which made me think of this one: "The only thing worse than not coming up with Wildean aphorisms is coming up with them." I think mine is better! Therefore Phil is disqualified. 5) The aforementioned Phil, knowing of the "blog's" friendship with one Joey Adams, thinks we would also very much like another Joey Adams of whom he (Phil) has long been a fan. Phil includes a photo of a book by this other Joey Adams (above), and indeed his evidence is compelling. These have been your literary matters. We shan't darken your doorway again.
Posted by Jack Pendarvis at 7:56 AM