Piddling Addition to the Lewisian Corpus Remarked Upon Lethargically 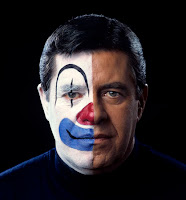 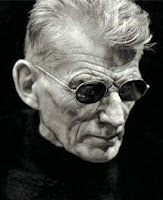 There's another Jerry Lewis reference in the New York Times today, but it certainly is a piddling one and doesn't add much to the Lewisian corpus and I don't believe I will "link" to it if you don't mind. It comes once again in the form of the supposedly staggering observation that French people like Jerry Lewis. Everyone can stop making that observation now. We get it! I also happened to notice Samuel Beckett references in a COUPLE of articles in today's Times. He's another "go-to" guy! I wonder who has been a point of cultural reference more often in the New York Times - Samuel Beckett or Jerry Lewis? Boy, my mind sure does like to think of dull things. I'm sleepy. Perpetually sleepy.
Posted by Jack Pendarvis at 7:14 AM