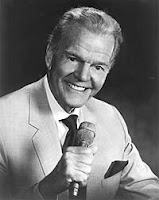 Do you like food? Sure you do! Or maybe you don't! It's none of my beeswax. Indeed, I was speaking with a perfectly nice gentleman the other day about the glories of the Southern Foodways Symposium when the gentleman in question remarked, and I quote, "I don't care for food." Wow! I believe I nodded. On the inside, I was perturbed! Yet I knew not to judge. Live and let live! To each his own! But goodness! It reminded me, in some reverse way, of the scene in TRUE STORIES in which David Byrne turns to the camera and says, "Do you like music? Everyone SAYS they do." Where was I? Oh yes. If you like food, then the book HEAT by Bill Buford is the book for you! I know I vowed to stop mentioning what I'm reading (again) yet I am a strange and intoxicating creature, changeable and full of delightful whims! Insert an appropriate quotation from Emerson or Whitman here! The NBIL loaned me his copy of HEAT, and I am forever grateful. He thought I would like it because my recipe ("posted" by Maud Newton recently) was inspired in part by Mario Batali, who is one of the central figures in the book. In fact, as the NBIL told me, the "pasta water trick" I learned from Mr. Batali's TV show, and related in my muddled way on Maud Newton's "blog," is also recounted in Mr. Buford's text. This is a book so powerful that it made me go out at ten o'clock the other night and order fried quail eggs and guanciale on toast. But that's not why I bring it up right now. You know how interested in/terrifed of the vagaries of fate we are here at the "blog," particularly when said vagaries are represented by someone (Alban Berg, for example) dying of an insect bite. So last night I read a passage from HEAT in which the (probably legendary) chef Meluzza Comasca, who, back in the 17th century, was supposedly the first to add eggs to his recipe for fresh pasta, "died prematurely of an insect bite ... his doughy inventions were so famous they were described in an epitaph on his tomb." Say, did you know that David Byrne initially approached object of "blog"scination Paul Harvey (pictured) to play his (Byrne's) role in TRUE STORIES? It's true! And now you know... THE REST OF THE STORY. Hey, Mr. Ward and I once put a Paul Harvey reference in a script we did for MTV. At the read-through, one guy laughed. He had a walrus moustache and was even older than us. We have no idea what he was doing at MTV. But he laughed loud! It made the surrounding silence even more unbearable. And now you know... THE REST of the REST OF THE STORY.
Posted by Jack Pendarvis at 8:34 AM