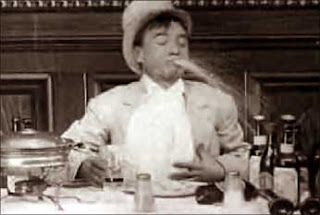 I pledge and vow and swear and decree and promise and take a solemn oath that I will never mention my novel AWESOME again after Sunday, when an assessment of it will appear in the New York Times Book Review. Someone has smuggled me an advance copy of the review, which is not the most glowing review I have ever read in the New York Times (it is nowhere near as astonishingly kind as the ones in the San Francisco Chronicle and the Minneapolis Star Tribune and the New York Observer [see how he managed to sneak those in? - ed.]) but neither is it the most scathing review I have ever read in the New York Times. Unscathed is how I felt, in fact, after reading it. It is, I do believe, what people call a "mixed review." I'll take it! And I'll "link" to it for you as soon as it is "up" on the "web," at which juncture I believe you will discover that it contains one very generous and remarkable paragraph which I intend to milk for all it is worth. The paragraphs surrounding that one are rather more... tempered. And it is my intent to underplay them cleverly, thereby diminishing their seeming importance. As long as this is the next-to-last time that I'm ever going to mention AWESOME, I feel I should point out that the pledge and vow and decree and promise of the close reader who prominently referred to me as a "YA writer" to correct that mistake has been fulfilled... but not on the "web" site of the unnamed behemoth. Gee! That was a long sentence with insufficient punctuation. Spend some time with it! Often you will find an unpolished sentence in a "blog." That's part of the fun! P.S. Anyone who reads the New York Times Book Review will have a difficult time thinking of me as a "YA writer." Apparently my narrator mentions ******* a lot. As we wave farewell to AWESOME forever, I will conclude with my favorite anecdote from a reader, excepting, of course, the one who was compelled to finish the book by an insistent horse. "AWESOME made me spit coffee all over my shirt at the beach," one gentleman told me. I wondered, as you are now, why he was drinking coffee - not to mention wearing a shirt - at the beach. In fact, as you can see, I was unable to find a single "Google Image" of someone spitting coffee on his shirt at the beach. It is hot at the beach. The beach does not seem like a good place to drink coffee! And just look where it gets you. Let that be a lesson.
Posted by Jack Pendarvis at 3:09 PM