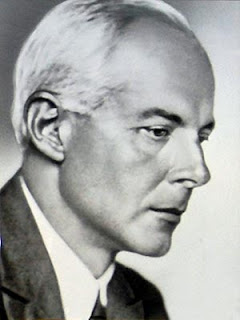 Hold your nose! It is time once again to discuss "Literary Matters." Thank goodness that today we have only four brief literary matters, so it will be over before you know it. 1) Over at Square Books they have moved me - "promoted" me, they said, and I am mightily inclined to agree - to the "Mississippi Writers" section. Look at me, Ma! I'm a Mississippi writer! 2) More evidence: remember when I went to Jackson and met up with Pia Z. Ehrhardt for mysterious reasons and promised to tell you later? We were being taped for an episode of "Writers" on Mississippi's PBS affiliate. Pia and I were on a panel with New York Times bestselling author John Hart. Pia and I are not New York Times bestselling authors. Well, that show is on the air now. I haven't cringed my way through it yet, because for some reason the satellite only gives us TENNESSEE public broadcasting! I still love you so much, satellite! With an unconditional love! 3) I'm reading an earlier Ross MacDonald now. I think I like the later ones better. Or the middle ones. In any case, Lew Archer is more of a standard "tough guy" in the one I'm reading. I guess around the mid-sixties or so he becomes a little more bruised and sensitive, which I find appealing. So, in this early one, he walks in on a woman whose husband has been murdered and she says, "I've been sitting here listening to the Bartok." I guess that tickled me because it sounds like "the youtube" or "the Google" (the latter of which usage I pioneered BEFORE George W. Bush, you may recall). Now that I type it up, "the Bartok" doesn't seem as funny. In fact, it seems to function as a commonplace and reasonable shorthand for some particular work. But literary matters have to come from somewhere! So it stays. 4) I never properly thanked Katie Glasgow of Mitchell Books in Fort Wayne, Indiana, for placing me on the American Booksellers Association "Indie Next" list for August. She had extremely nice things to say, but as I am never "talking about ******* again," I can't tell you what they were. I checked the Mitchell Books "web" site to try to get in touch and thank her personally, but I see that they are closed for the summer. Wait, I just noticed that they hosted a reading on the 23rd, so I am confused. I'll try again! Hey, you can rent out part of Mitchell Books for your birthday party! That's how they rock in Fort Wayne and I am digging it. Well, I notice that though it is usually known for its wide ranging and mind-numbingly dull topics, this has been the most self-serving (though still admirably torpid) edition ever of "Literary Matters." And I'm glad, do you hear me? GLAD! (Pictured, the Bartok.)
Posted by Jack Pendarvis at 6:25 AM