Joy and Wow and the Buboes of Yore 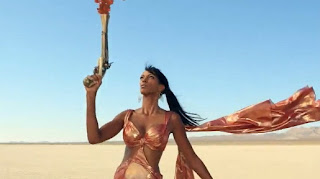 Last night I saw a commercial in which the narration went like this, and I am totally serious: "You are about to enter a place where time and space collide and breed wonder and joy and wow." Anyway, it's something to do with your computer. Your computer is represented in the commercial by a fancy woman in a fancy gold evening gown, and she is standing in a golden desert with a scowl on her face. She has a big, scary pistol which she shoots into the air expressing a desire for violence with her scowl, which becomes more pained at that point. But instead of bullets, thousands of rose petals come out of the pistol and it is raining rose petals all of a sudden. So that's what your computer is like, says the commercial. I hate and fear commercials because they are obviously smarter than me, like crows, and are in on a big, exclusive secret I know nothing about. So then there was a commercial in which some pepperonis on a slice of pizza sing a song about how much they love Tobasco sauce. I love Tobasco sauce, too, and ordinarily that kind of commercial would be right up my alley, and probably I would use it as an example of why it is better to have a singing pepperoni forthrightly praising your product than to show a scowling supermodel shooting off her rose gun in your stylized desert. But to tell you the truth, the singing pepperonis were scary. They were real human faces painted bright red. The lurid faces emerged from the pepperonis, which are usually flat, you know, so the effect was that your pepperonis had bloated or swelled for some reason, like huge red bloody blisters or sores, like the deadly buboes of yore, and now they had mouths and were singing to you. No random illustrations will do here.

Posted by Jack Pendarvis at 6:51 AM