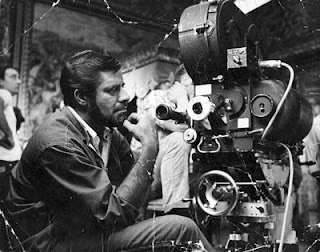 Hey! Remember when McNeil suggested that the movie 2001 would have been better with Jerry Lewis in it? Turns out that while Kubrick was editing 2001, Jerry was in the same facility, editing one of his movies at the same time. And they used to take turns watching one another work! This information comes from Scott Phillips. Here's a "link" with all the details. As I mentioned to Scott, it sounds like a perfect set-up for one of those two-actor off-Broadway shows everybody loves, where one famous guy meets another famous guy and they discuss something famous, like the nature of time. (Pictured, Jerry looking very Stanley.)
Posted by Jack Pendarvis at 6:28 AM