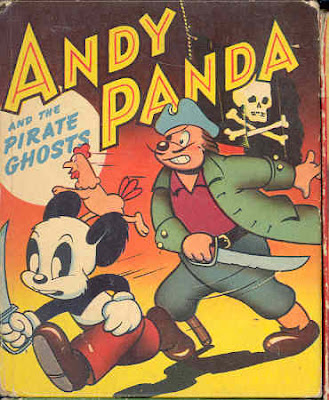 Barry B. chimes in on those silent old Super 8 movies we silent old men used to project on our walls when we were silent old children. Part III of our continuing series! Here's what Barry had to say: "One of my favorites was entitled 'Good Old Corn.' It had several segments put together from old Keystone movies. One segment had this guy diving off a pier into the ocean and where he dives is only a couple feet deep. He’s upside down – his head underwater - with his legs kicking forever then the tide pulls out a little and we see him standing on his head then he falls over. There was another segment with a young woman walking an ultra rickety old man (like her grandfather) when a young man comes along and – I believe smarts off to the old man – when suddenly the little old man does this Popeye like transformation (more mental than physical) and starts chasing the young man around and beating him up. There was a big Keystone Kop chase at the end. I think the one I had with Ben Turpin and the pie fight was called Keystone Hotel. One time I got a super 8 from K Mart called The Spider and on the cover there was a spider with a skull head. When I watched the movie it was just a giant spider (with NO skeleton head). I also had a seven minute version of Roger Corman’s The Undead with Allison Hayes, Billy Barty and Dick Miller. The box had a scary cover (like the poster on IMDB). I also had a several minute version of The French Connection that started out with the guy getting shot in the face then it went to the car chase, then the weird ending shot and that was about it. I also had a several minute version of Psycho which had the shower scene – then Perkins running down from the motel (with the subtitle - 'God... Mother... Blood... Blood') then Balsam creeping up the stairs and getting offed, then Miles creeping around and finding 'mom' then Loomis grabbing Perkins, then Perkins sitting there staring at the camera. Just the meat and potatoes. I still have a little film box for Frankenstein Meets the Wolfman – and an Andy Panda cartoon. But I used to rent super 8s from the library – Cabinet of Dr. Caligari, Nosferatu, old Douglas Fairbanks, Laurel and Hardy and Charlie Chaplin. That stuff was awesome. All that Blackhawk stuff. That was an awesome company. Like Ward, I’d show them forwards, backwards and sideways."

Posted by Jack Pendarvis at 3:41 PM