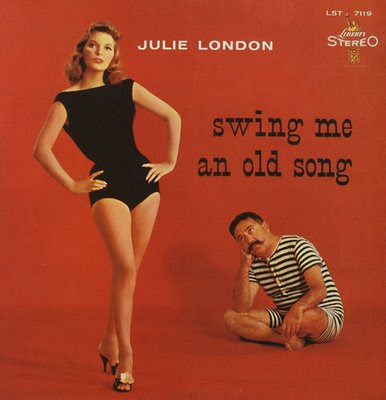 Hey! Do you like everything perfect? Sound quality for instance? Then there is probably something wrong with you! Go see a doctor. I was thinking about "Blog" Buddy Kelly Hogan today and how a song she wrote called "Blue and Far" would have been a great Julie London number. And I just found a recording of it on the youtube, but the sound quality is pretty crummy because that's how we did things in 1993 and we didn't care and we still don't! I seem to recall (and Hogan can correct me) that the musical notes of "Blue and Far" came from some wind chimes hanging outside the bedroom where she stayed at her grandmother's house and they kept bothering her until she turned them into a song. Or am I making that up? Who knows? I'm crazy! And here's the gross braggy part: at around the 5:05 mark of the video below, Kelly starts singing a song I wrote! Who cares? Not you! But as far as I know it is the only recording left in the world of this song, so consider yourself an archeologist. PS That is the man from Hubcap City playing guitar! So now I hope you are sated with knowledge.

Posted by Jack Pendarvis at 9:22 PM