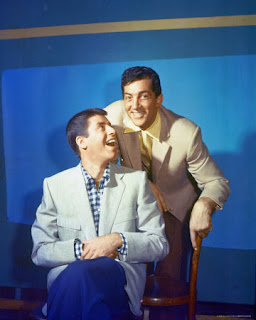 Usually our regular feature "Literary Matters" is the most boring thing ever, because it involves the boring subject of literature. But today there are two advantages which make it more palatable. Number one: there is only one literary matter to discuss. Number two: it involves Jerry Lewis! Therefore, I can change the name of the feature to "LiterJerry Matters" and it goes from being terrible to being awesome. Let us get on to the matter at hand. In the current issue of THE BELIEVER magazine, we learn that Bret Easton Ellis once compared Jay McInerney to Jerry Lewis, and it made Jay McInerney upset. If Ellis meant it as an insult - which, in context, it appears that he did - then this little episode shows that neither one of them understands Jerry Lewis.
Posted by Jack Pendarvis at 1:09 PM