It is already time for another "Media Report"! Further investigation of Ms. Kaling's "blog" about the things she has bought reveals that she has bought, read, and enjoyed WHAT THE DEAD KNOW, a book by our very own "Blog" Buddy Laura Lippman! To quote Mindy Kaling, "I read it in like three days, then re-read it because the first time I was focused on the brilliant plotline unfolding and the second time I focused on Ms. Lippman’s crisp, unusual writing." And now, on to the medium of dreams, and the medium-within-the-medium, the Broadway musical. Last night, McNeil dreamed he was watching an endless production number from LI'L ABNER. And he couldn't wake up! McNeil is prone to vivid, prolonged dreams. He says the LI'L ABNER dream was not as bad as the one in which he dribbled a basketball for hours. 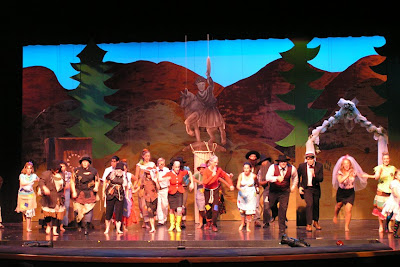