The Monkey's Uncle: A Reconsideration 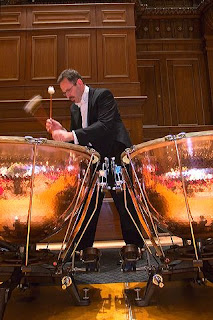 Maybe I was too hard on the theme song to "The Monkey's Uncle." I admit it when I'm wrong! McNeil reports watching the clip at least six times today. From my sister comes the news that she has danced to it. And I have watched it again a number of times myself. I guess my initial objection was rooted in how far beneath the Beach Boys' talent I found the situation and the material (which was not contrived by them). McNeil (who hasn't been this excited by a youtube video since Betty Hutton) admires the craftsmanship, however: "Some of the transitions from one note to the next are unexpected, and there's another part - when they sing about the wedding - that caught me off guard (in a good way) too," he writes. I don't know, McNeil. I think I may hear a timpani buried in the arrangement, so maybe Brian Wilson had something to do with that part. The answer is probably on the "internet" somewhere.
Posted by Jack Pendarvis at 9:12 PM