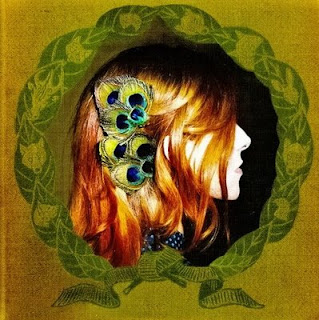 I hope I have not been chastised by Greil Marcus, a man I consider awesome. In the new issue of THE BELIEVER magazine, he notes disapprovingly that "People seem to be reviewing Neko Case's hair more than her music." Now, Mr. Marcus and I both had articles on Neko Case in the same issue of the Oxford American. In fact, they were nudged right up against one another. So he probably saw my article and I'm not paranoid, right? His was about her music and mine was not. In my piece, I joked about how rock journalists always write about Neko Case's hair. And yes, Greil Marcus, I myself wrote about her hair! But the way I did it was a parody of the way people write about her hair! I said "an orgy of exploding foxes" or words to that effect. So Greil Marcus and I are on the same side! But I am afraid he doesn't know it, which makes me sick with shame. But I feel that way most of the time, so it's okay. (Pictured, Neko Case's hair.)
Posted by Jack Pendarvis at 11:09 PM