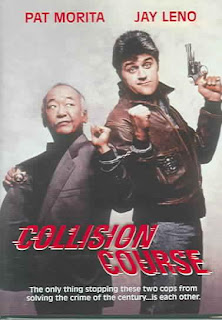 Time for another timely media report! Today we will be looking at the media of old music videos and Jay Leno commercials. So, remember when I told you about the kids' show that Barry B. and I used to make and how the t-shirt from our show ended up in a popular music video? Well, in doing my research, I could not help but notice that though the music video came out 12 years ago (around the same time that our show got canceled) people still make numerous youtube comments about it EVERY DAY for some reason! Comments such as "lmao this song" and "The chillest song ever" and "This song is the most chill song ever" and "lol this is a song where no matter how repetitive it is, you can just go nuts and get pumped to it :D" - every single day, many, many people are moved to comment about the ancient music video! I was just surprised, that's all. What else? Last night I was watching a commercial for Jay Leno's forthcoming show, and you know how he makes fun of newspaper advertisements and other locally printed materials? He pays particular attention to typos and unintended double entendres. In the commercial, they show Jay Leno holding up a "children's menu" from a restaurant, and it bears a fanciful illustration of a monster with a child sticking out of its mouth. And Jay Leno, in the commercial, says something like (I'm paraphrasing), "Ha ha! This is stupid. It's supposed to be a children's menu but they show a monster with a child in its mouth." Well, see, now, I don't think it's fair to lump that children's menu in with the typos and unintentional double entendres that usually tickle Jay Leno so much. Obviously, the illustration is a playful take on the phrase "children's menu" - as if the fanciful monster would like a menu from which he could select a young person to gobble up! So what Jay Leno is doing in the commercial is really just repeating a joke that the children's menu illustrator already made. I am afraid Jay Leno is becoming too liberal in his definition of what constitutes a hilarious unintentional typo! This must be addressed at once.
Posted by Jack Pendarvis at 7:05 AM